It's the most wonderful time of the year!  June is Audiobook Month, which makes it an excellent excuse to celebrate one of my very favorite ways to experience a story.  There are lots of ways to celebrate, of course.  You could listen to Audie Award winning books, or check out some of our bestsellers.  You can peruse our narrator features (like this one for Golden Voice Award winner Juliet Stevenson or Audie Award winner Xe Sands), or look for books read by your favorite authors.  Or, if you want a bookseller's perspective, you could check out some of my recent favorites for new, nearly-new, and upcoming audiobooks to add to your library! 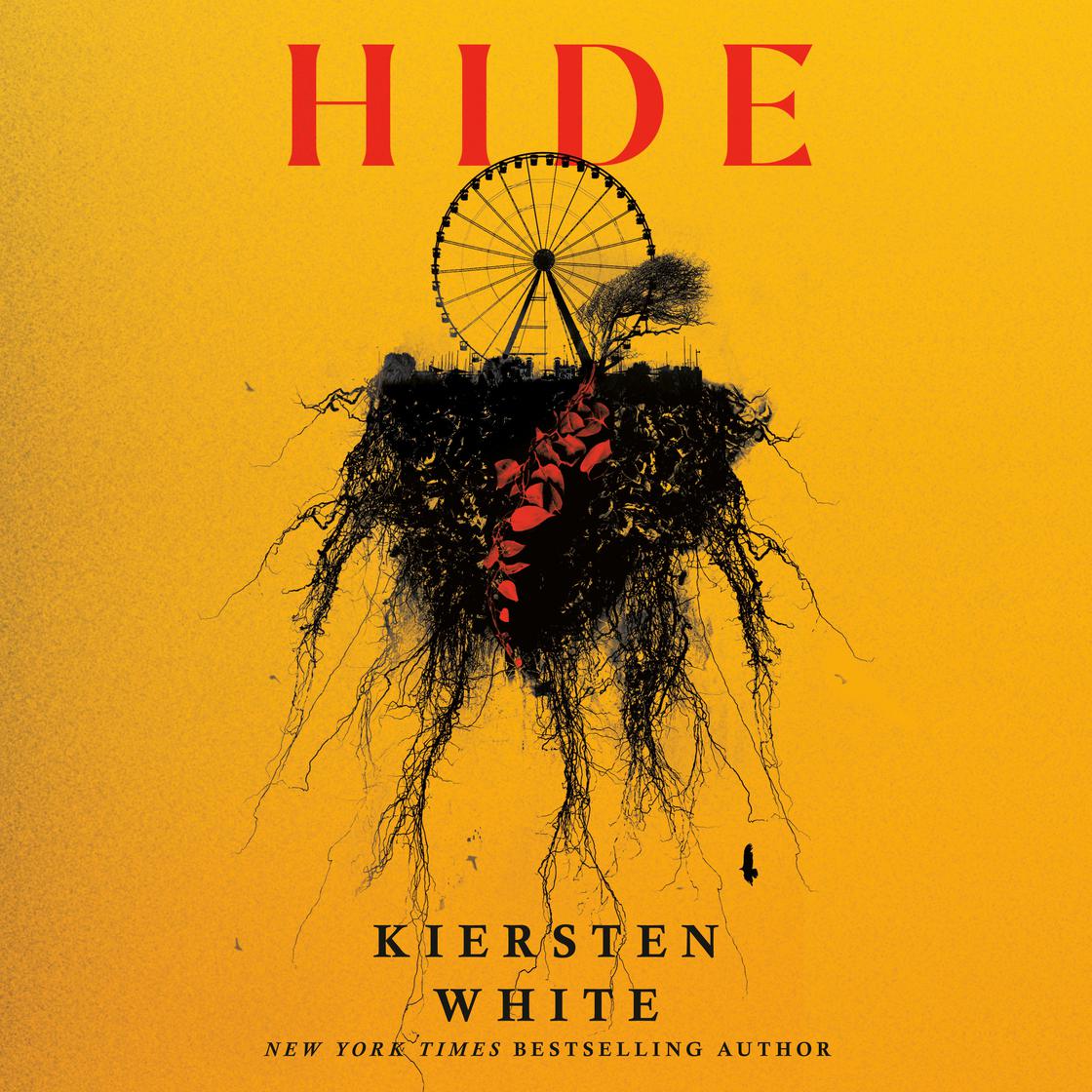 You've heard of a comedy of manners, right?  Well, in the past few years, we've seen the rise of "horror of manners": socially-aware stories that peel back the facade of polite society to reveal the ugly, festering underbelly, and this story does it masterfully.  Fourteen people are recruited for a hide-and-seek contest.  All they have to do is hide in an abandoned theme park for a week and not get found, and the winner gets a cash prize of $50,000—not a huge payout in comparison to some reality-show promises, but for each of the fourteen contestants, it would be life-changing.  But as the week continues and things start to get weird, the contestants begin to realize that the stakes are higher than they'd ever imagined. 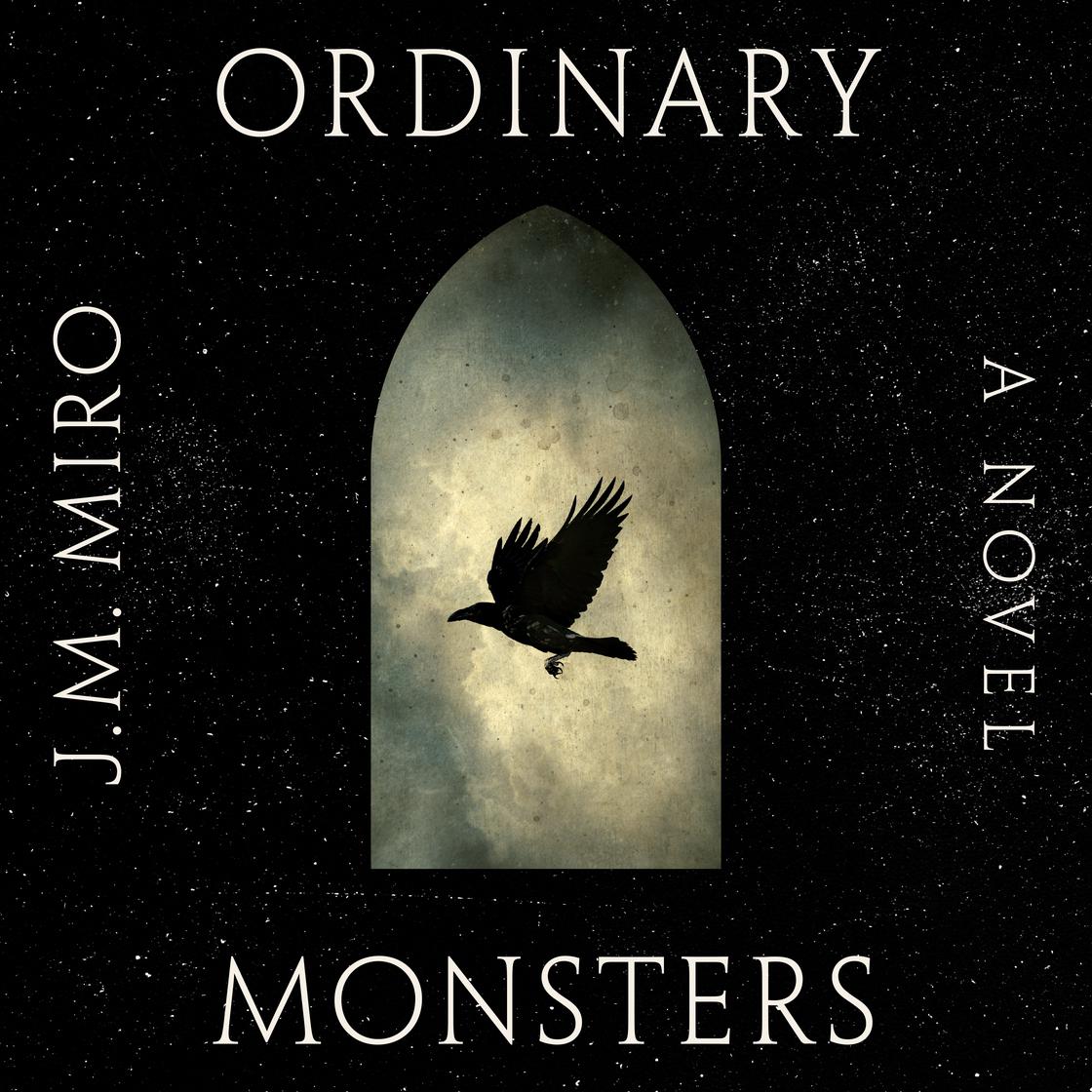 This is not an action-packed gaslamp fantasy, but it feels like it might be the beginning of one—and since it's the beginning of a new series, that's an excellent place to start.  A Dickensian cast of characters includes a Pinkerton-trained female detective, a runaway maid, a circus strong-woman, and a collection of children with extraordinary abilities takes the story from the American Midwest to London and Tokyo, weaving together strands of story a decade in the making.  This isn't a neat-and-tidy tale (my best description would be if you melded together Susanna Clarke's Jonathan Strange and Mr. Norell and Alex Pheby's Mordew), but if you're into fantasy for the worldbuilding and characters, don't miss this one!  Audiobook bonus: narrator Ben Onwukwe does an incredible job with the range of accents required for this, from Chicago to London (both upper crust and gutter urchin) to a rolling Scottish accent.  Check out more of his performances at Brilliant Books Audio! 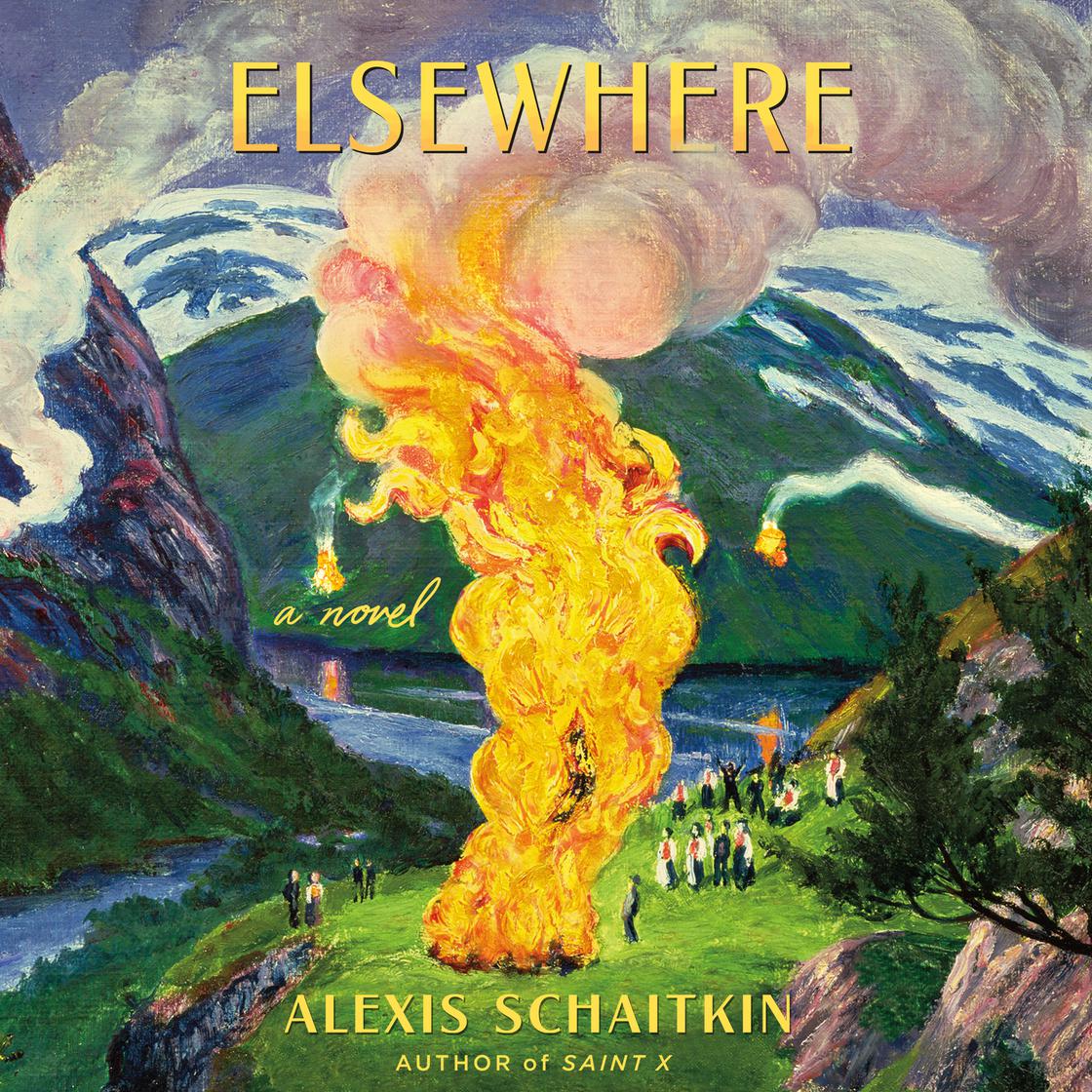 What a strange and unnerving story!  In a small, unnamed town in the foggy reaches of a mountain range, women regularly go missing.  In another book, this might be the setup for a serial killer or some kind of horror story, but in this place, this is an expectation.  Between one minute and the next, a mother—and they are always mothers—simply vanishes.  No one ever sees it happen and no one knows why or how, but it's been happening for generations.  It is the price they pay, the villagers believe, for their quiet, prosperous lives.  And indeed, their village is much like anywhere else, with a grocery store and camera shop and even a hotel where each of the town's couples spends their honeymoon.  With the exception of the vanishing mothers, no one ever leaves, and no one ever visits.  Until one day, Ruth arrives... 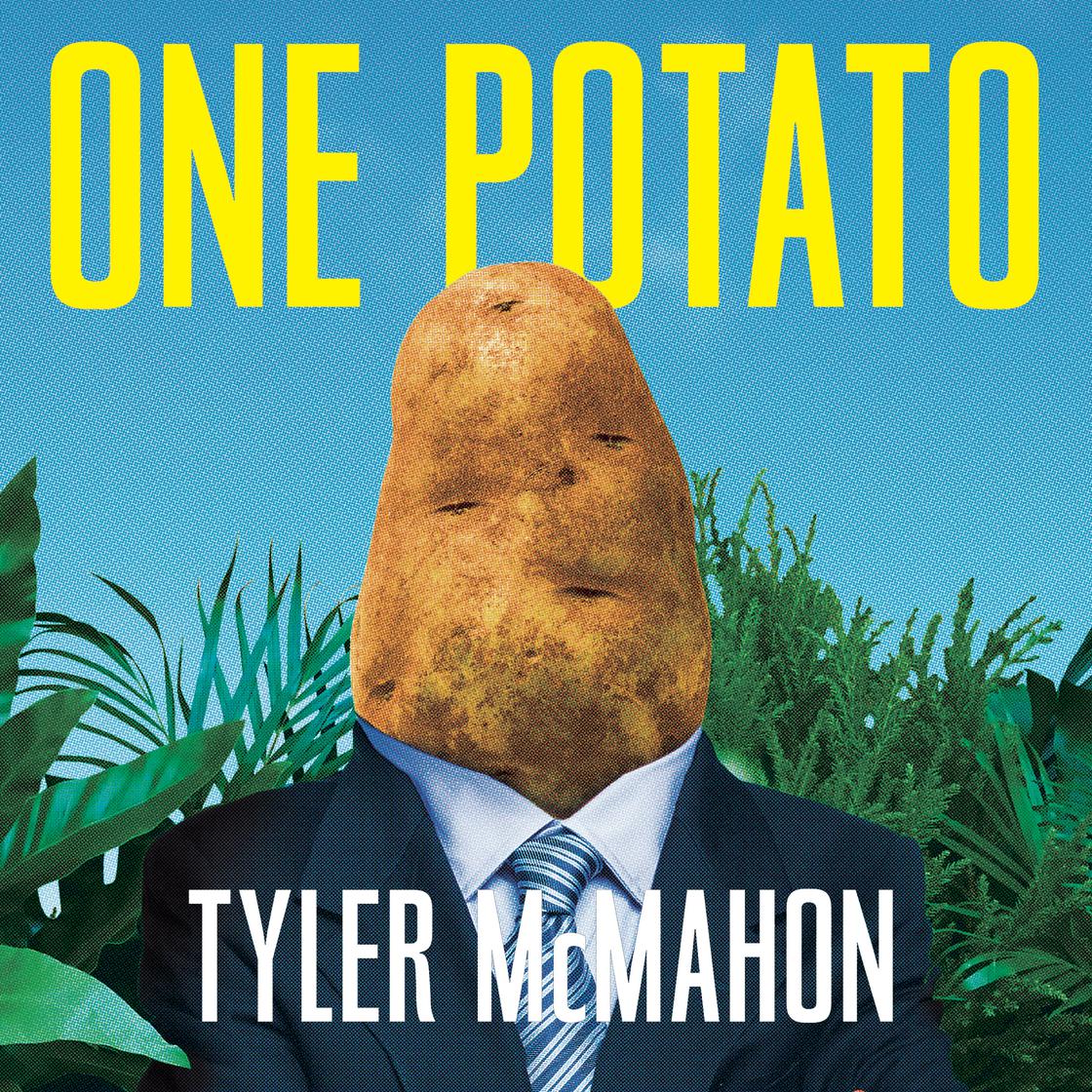 Balanced on the edge between farce and satire, this eco-thriller is a lot more fun than I was expecting from a book about potatoes.  From the moment food scientist Eddie Morales is summoned by the CEO of Tuberware, nothing goes as expected.  He's being sent on a damage-control PR mission to a tiny Central American country on the brink of civil war.  Since the current dictatorial regime allows Tuberware to test genetically modified crops there, farmers have been trialing a new variety that allegedly contains canine genes that make it immune to certain diseases.  But now a family has come forward with concerns about a possible side effect of the genetically modified potato: their children were born with a strange birth defect that no one seems able to explain.  So, despite having no PR training and no background in genetic science, Eddie Morales is hand-picked by Tuberware's CEO to reassure the family, local press, and everyone else involved that Tuberware has nothing to do with any of this.  All because Eddie speaks the language.  Sort of.  He hasn't spoken much Spanish since leaving his family in Miami for his work at Tuberware in Idaho, but no one seems to care about that.  Eddie is convinced the issue at hand is just poor science literacy, or at worse mass hysteria, but when he arrives onsite, he finds there might be more to Tuberware's involvement in the situation than he realized.  And since he's curious, determined, and willing to learn, Eddie Morales just might be the right man for this job after all. 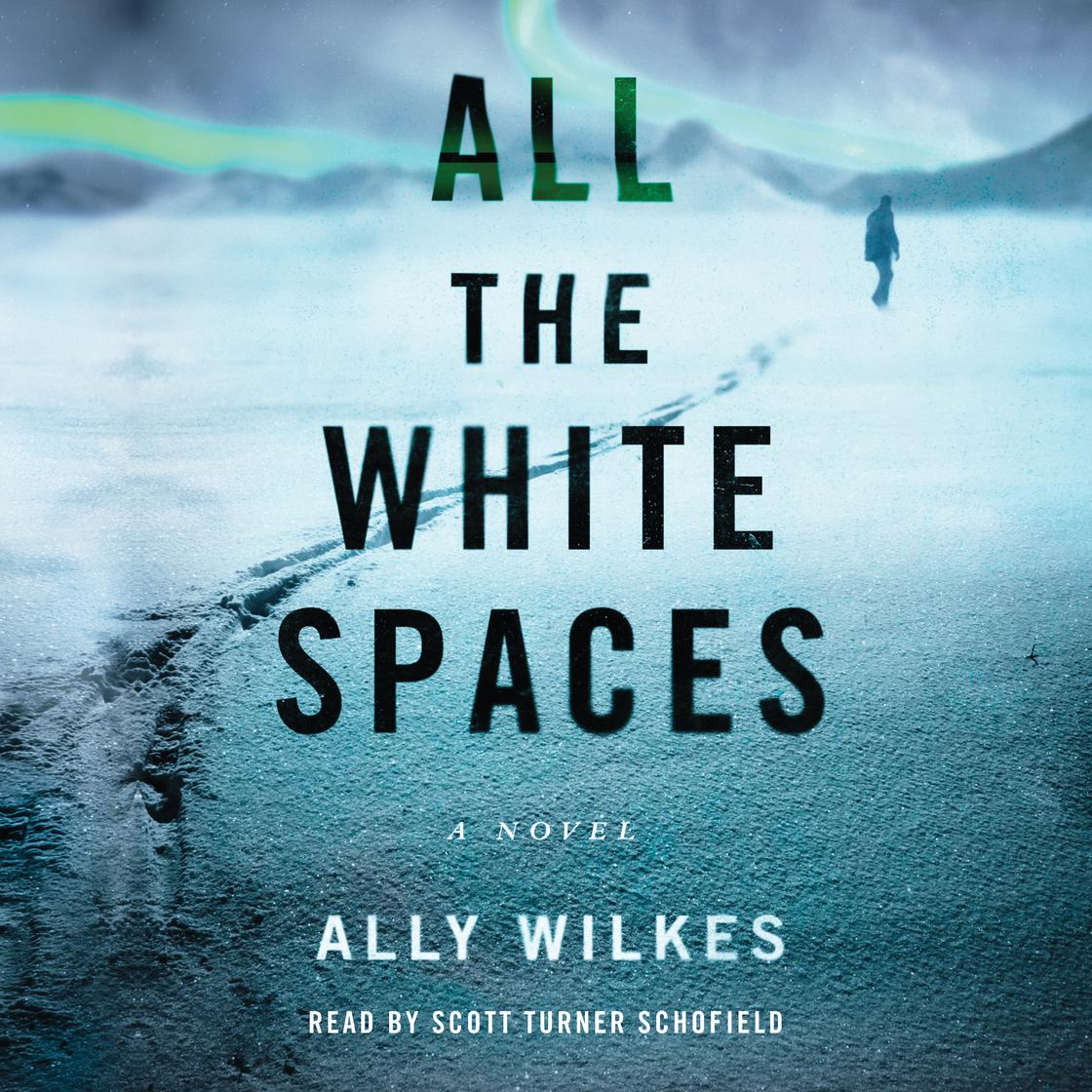 All the White Spaces

This story joins the proud tradition of adventure-meets-horror stories.  Though the genre often sets its tales in steaming jungles or the Wild West, this takes place in the frozen south: a twist on what might have happened if Shackleton's doomed expedition had been hunted (or haunted?) by something that roamed the icepack.  What makes this story a little different is the narrator.  Jonathan Morgan grew up with two older brothers, all three of them dreaming of exploring Antarctica.  But where Jonathan's brothers' ambitions were encouraged, Jonathan's were not: they were not considered appropriate preoccupations for a girl, which is how the rest of the world saw him.  Jonathan has always known the truth about his identity, however, and when his brothers are killed in World War I, Jonathan stows away to join in the Antarctic adventure of his dream.  Instead, he finds something more—the ability to live as his true self among his fellow adventurers.  As Jonathan, he earns his place among them, finding the respect and friendship he's always sought.  But his past still haunts him and when the expedition becomes trapped in the south, the ghosts of his past may not be the only ones lurking. 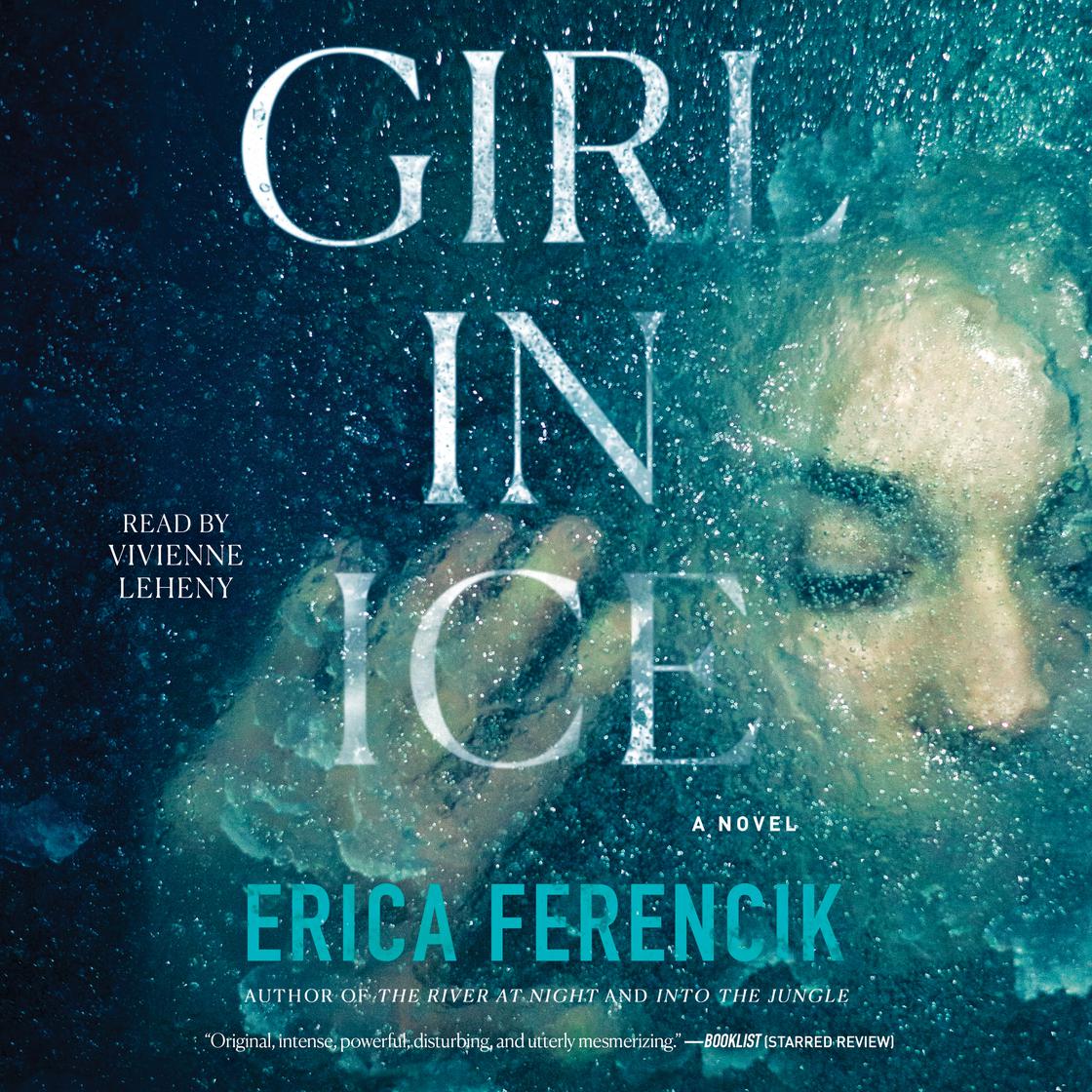 Part mystery, part thriller, part journey of self-discovery, this story follows Val, an agoraphobic linguist on her first field expedition in decades when she's summoned to a remote climate science outpost in the Arctic Circle.  Ostensibly, she's going to provide translation for a young girl, likely a member of a local indigenous tribe, who was rescued from the ice and, miraculously, thawed out alive.  But Val has an ulterior motive.  Her beloved twin brother, a glaciologist, committed suicide at this very research post, and Val wants answers.  But nothing seems to make sense: not the girl's tangled language or the behavior of the scientists at the station, especially expedition leader Wyatt Speeks.  She knows they're rushing to complete their work in the hopes it will provide insight into climate change—the drastic effects of which are making themselves felt worldwide—but more and more Val is beginning to suspect that they are hiding something. 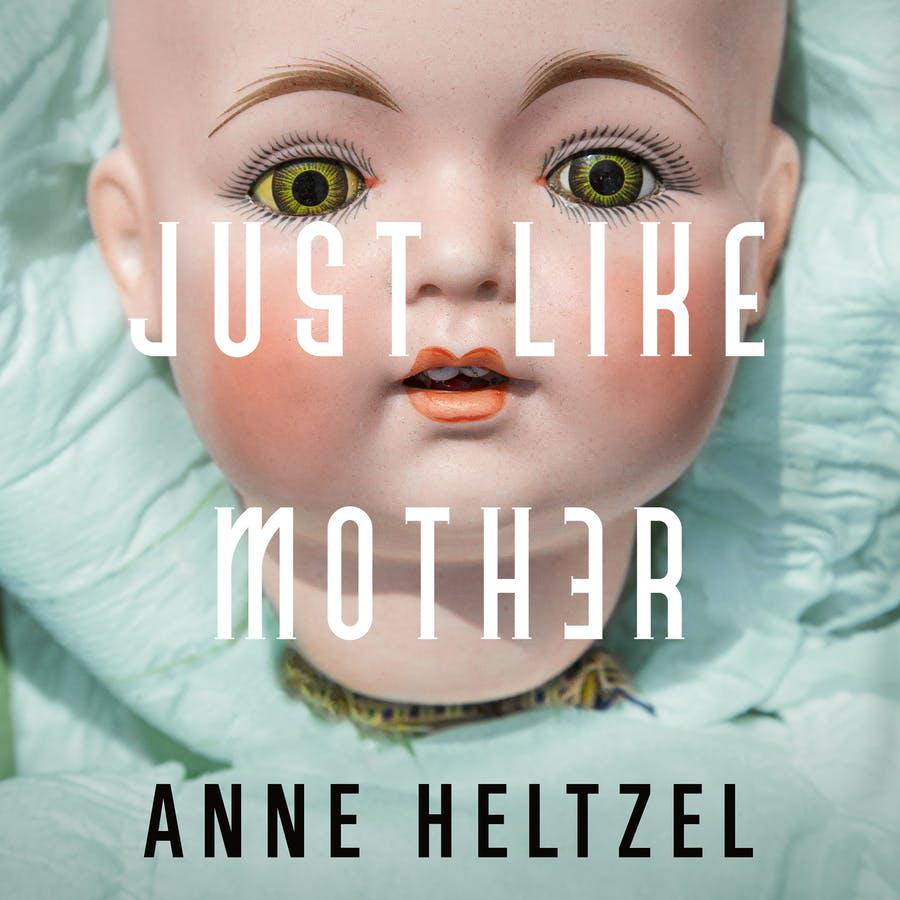 The "cult of motherhood" was never so literal!  After escaping as a child from an infamous radical feminist cult—the Mothers Collective—and being raised by loving, if elderly, adoptive parents, Maeve both longs for connection and is afraid to get in too deep.  When an online ancestry site yields a DNA match to her cousin Andrea, Maeve jumps at the chance to reconnect.  After all, they'd been as close as sisters back in their time in the Mothers Collective, and Andrea understands the trauma they grew up with without having to drag it all back into the light of day.  But to Maeve's surprise, Andrea has taken a very different approach to dealing with their past.  Rather than eschewing anything to do with motherhood as Maeve has, Andrea has dived right in.  In fact, she's made a fortune in the fertility and parenting industry.  Her lifestyle company provides, among other technologies, hyper-realistic robot babies designed to help mothers-to-be practice their skills and to give grieving parents, Andrea herself included, a chance to say goodbye to children lost in infancy.  Maeve finds the whole thing creepy, but when she loses her job, she's grateful for Andrea's offer to stay at her remote home, even if it does mean helping out with the parenting retreats.  But Andrea has plans for Maeve that involve more than just signing in guests when they arrive for retreats, and it's not long before Maeve begins to fear that her past may have caught up with her in more ways than one. 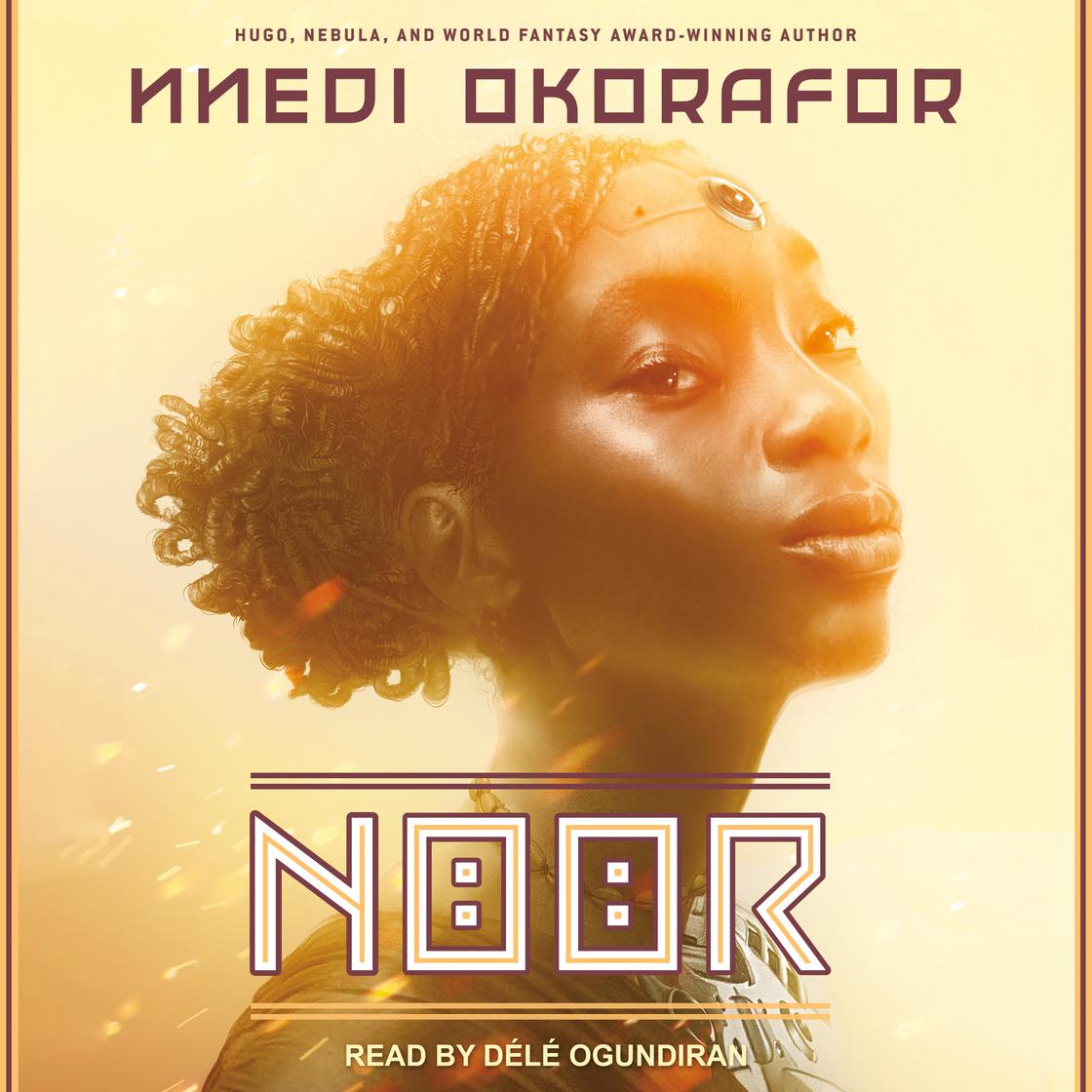 This short novel packs a serious punch.  Growing up, AO relied on cybernetic augmentations to offset the disabilities resulting from severe birth defects.  A car accident later in life forced her to incorporate even more dramatic assistive technologies in order to live life on her own terms, but her implants and prosthetics make her a target for those who believe she is less than human because of them.  Half furious cyberpunk escape story, half dreamy musing on the line between technologies that help and those that hurt, this Afrofuturist tale celebrates the power of autonomy and independence in many different forms. 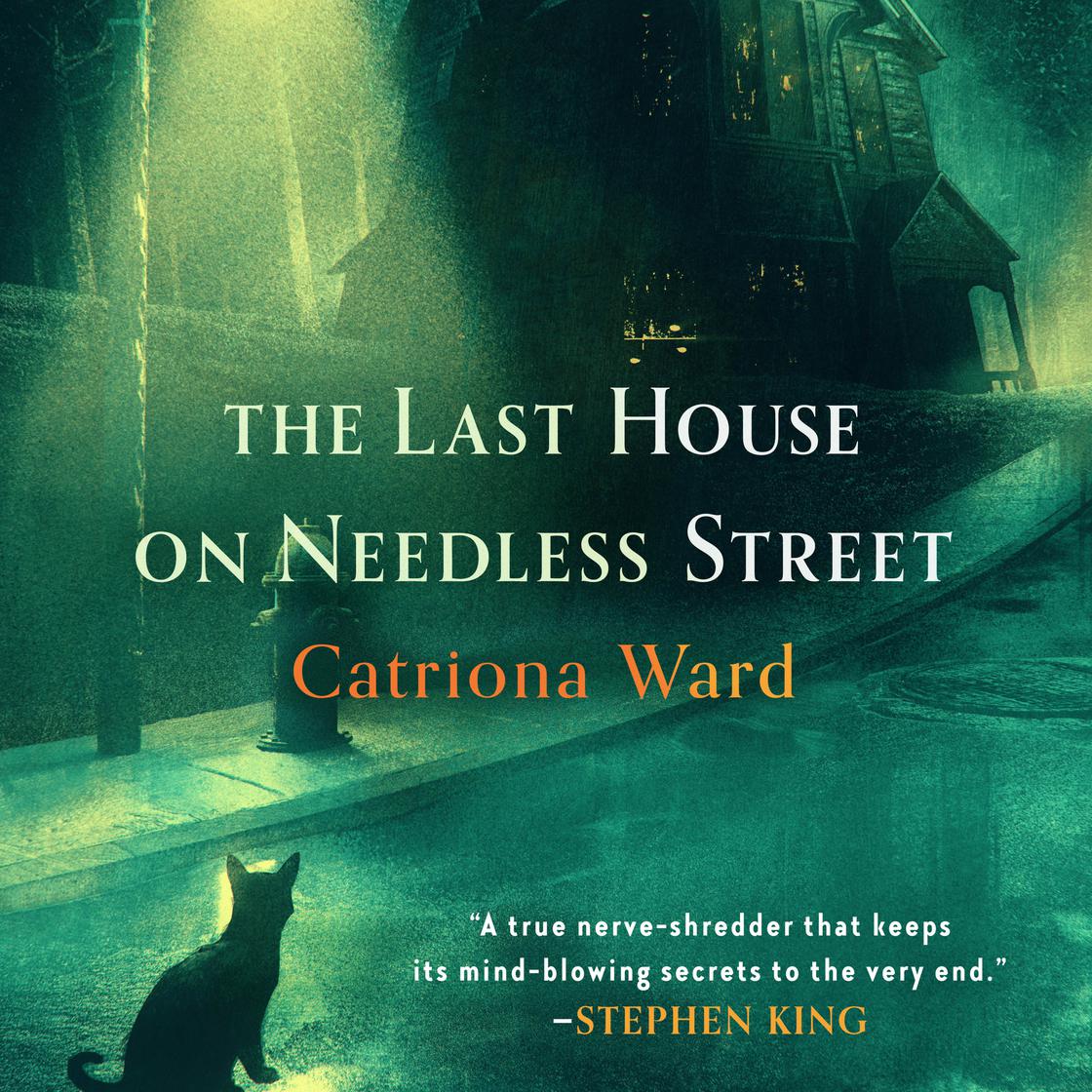 The Last House on Needless Street

I knew this was going to be a weird one only a few minutes in.  Every time I thought I had a handle on what was happening, something new would come along and flip my expectations upside down.  You realize pretty quickly you're dealing with unreliable narrators (how trustworthy can a housecat be, after all?  Said, of course, with deepest affection for my own untrustworthy housecats), but what happens when your narrators don't know they're unreliable?  I can't say a whole lot about the story without giving things away.  This is definitely, very much a horror story, but it's not the supernatural, gory, slasher horror that's easy to set aside as impossible.  In this one, the horror creeps in and settles like dust and decay until everywhere you look is something rotten.  This is a story that lingers. 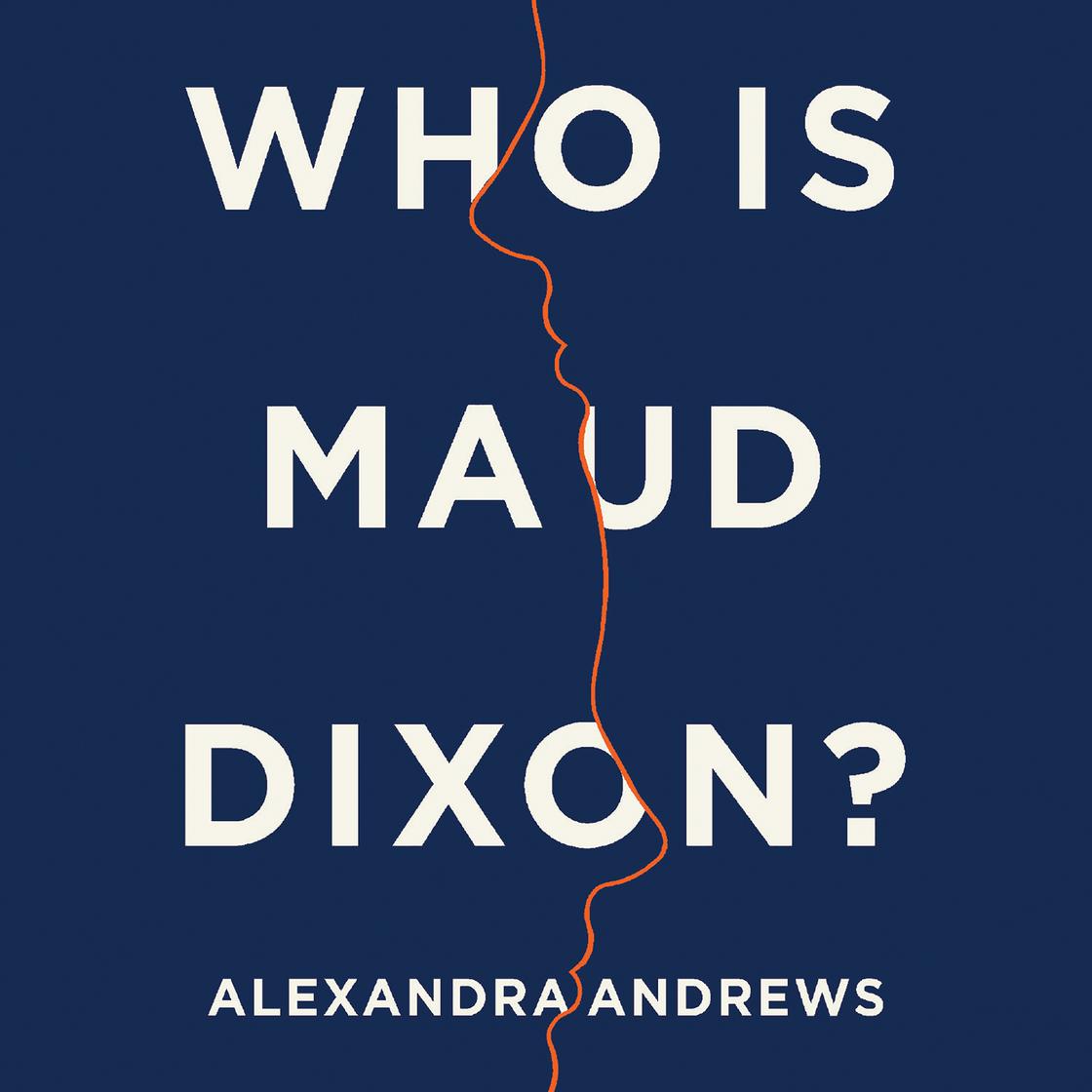 Who is Maud Dixon?

What would you do to slip into someone else's life?  Florence Darrow knows she deserves better than her hum-drum existence, and she's out to get it however she can.  When an affair with her boss ends disastrously, she's left with few options...until, like magic, she lands the chance to work for the reclusive but bestselling author Maud Dixon.  It's her dream come true.  Soon she's living on Maud's estate, helping to type up her next book, managing her correspondence, and even accompanying her on a trip to Morocco for research.  But while in Morocco, everything seems to go wrong.  Florence wakes up in the hospital after, she's told, a car accident on a dangerous stretch of road.  Only one of them was rescued from the car as it sank into the ocean, but there seems to have been a mixup with her identification.  Could this be the chance Florence has always been waiting for?  This is one of those delightfully twisty thrillers where you're not sure who you love to hate more—the villain, or the hero?