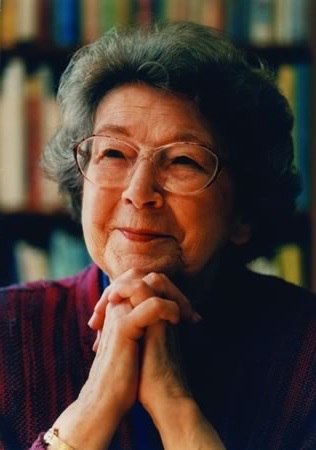 Beverly Cleary, the creator of such beloved characters as Henry Huggins, Ramona Quimby, and Ralph S. Mouse, has died at the age of 104.

Cleary struggled to read as a child despite her love of stories and her desire to read them.  She found she didn't to relate to the children in the books available to her, which likely played a role in her own writing style later in life.  Cleary is known for her "quintessential" middle-class American kids whose lives are sometimes funny, sometimes tough, and who can solve everyday problems on their own without a lot of adult intervention.  The adults in her stories—parents, teachers, and other grown-ups kids encounter in their daily lives—are often as quirky as the kids.  This deft way of putting kids and adults on equal footing was a way of empowering young readers without putting them in extraordinary situations.  These were, as Cleary said in her memoir “stories about the sort of children I knew.”

Cleary's books have been immensely popular with generations of readers, with more than 91 million copies sold worldwide.  They also garnered her critical acclaim and a multitude of awards, including a National Book Award, two Newbery Medals, and the National Medal of the Arts.  Her books have been made into films and television series and translated into dozens of languages.  Authors from Judy Blume to Lauren Myracle cite Cleary as a major source of inspiration.

But of all her legacy, perhaps the greatest are the legions of readers who have already fallen in love with her characters, and all those who have yet to discover them.

Cleary passed away at her retirement home in Carmel, California on March 25th.  She was just 18 days shy of her 105th birthday.

Ramona and Her Father (Paperback)

Ramona and Her Mother (Paperback)

The Mouse and the Motorcycle (Ralph S. Mouse #1) (Paperback)