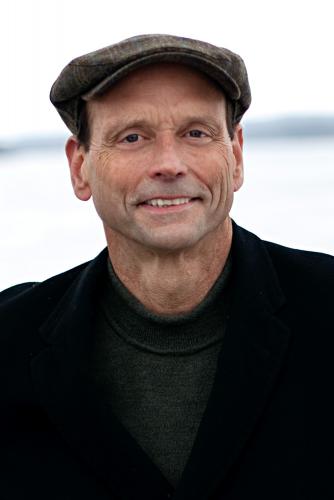 The idea for Bill’s first children’s book, Chickadees At Night, came about when he retired to care for his former mother-in-law as she began her journey into the challenging world of dementia. Living with her in Sleeping Bear National Lakeshore in northern Michigan, Bill watched as her memory dimmed and she gracefully transitioned into someone who lived completely in the moment. She retained her sparkling spirit, however, and a keen eye for beauty. Birds, especially chickadees, delighted her. Bill realized then that life is just as much about beautiful moments as beautiful memories, and this became his inspiration for the best-selling Chickadees At Night.

Bill lives in Traverse City, Michigan, where he is part of a vibrant community of writers and artists. In addition to being a writer, he is also a father of two boys, a trained yoga instructor, an avid bird-watcher and an enthusiastic St. Louis Cardinals fan.