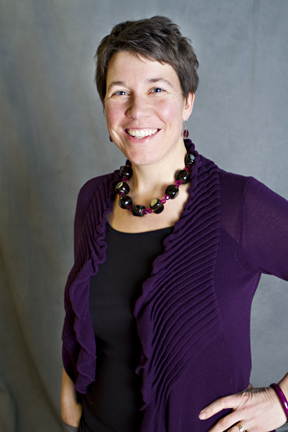 Cari Noga is a writer, reader, mother, bicyclist and wine lover  — sometimes up to four out of the five all at once.

She grew up in the Detroit area and earned a bachelor’s degree in journalism from Marquette University in Milwaukee in 1991. For 10 years she covered everything from politics to pigs and school boards to soybeans at daily newspapers in Illinois, Iowa and Michigan, winning awards from the Michigan Associated Press and the Michigan Press Association in 2000.

In 2001 she began a freelance career based in Traverse City, Michigan, contributing regularly to the Detroit Free Press, Michigan’s largest daily paper. She also expanded her mediums to include books, radio and online publications. Her work has been broadcast on National Public Radio programs and affiliates, and she worked for several years as a researcher and occasional host of a local news talk show on her home affiliate, WIAA-Interlochen Public Radio.

Cari’s first book, Road Bicycling: Michigan, a guidebook to bicycling in the state, was published by The Globe-Pequot Press in 2005. Her essay, “All The Comforts of Home,” was selected for publication in Chicken Soup for the Wine Lovers Soul, published in 2007.

From 2007-2009 she wrote a blog, “Michigan Grapevine,” and self-syndicated a companion column, the first of its kind in the state, to focus on the business side of Michigan’s growing wine industry.

Following the birth of her first child, in 2006 she took a day job, joining the public relations staff at Northwestern Michigan College, a community college in Traverse City, as its primary writer.

After aspiring to write fiction for many years, she wrote her first novel, Sparrow Migrations, as part of National Novel Writing Month in 2010. A tale of five characters connected by 2009’s Miracle on the Hudson plane crash, Sparrow Migrations was a semifinalist in the 2011 Amazon Breakthrough Novel Contest (top 1 percent). Publishers Weekly described the manuscript as “brimming with humanity and grace.” Sparrow’s protagonist, Robby Palmer, a 12-year-old boy with autism, and his parents, Sam and Linda, embody many experiences Cari and her husband have had as parents to a son with autism.

Cari lives in Traverse City with her husband and their two children. In her spare time she enjoys writing haiku on Twitter.