As with any genre, there are a number of books fantasy fans swear by.  This lauded literary canon, however, is far from the only way to enjoy this sprawling and diverse genre.  If you've already ready the classics of fantasy, or find they just aren't to your taste, here are a few alternatives to try!

Instead of the Harry Potter series, try The Magicians, Vita Nostra, or A Deadly Education 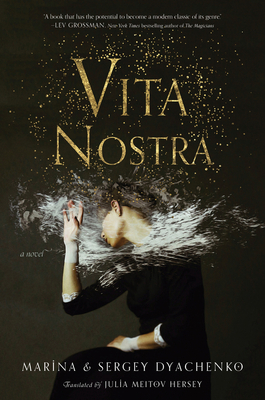 Especially with Rowling's recent lack of sensitivity toward the trans community, many fans of Harry Potter are looking for other stories that can help them recapture the magic they first found with The Boy Who Lived.  The Magicians is an edgier, queerer story following college-age magicians through their training and beyond.  Vita Nostra's main character is similarly college-bound and finds herself rather accidentally in a school with strange subjects and strange rules...but also thrilling new opportunities.  This one is available in translation from the original Russian and the tone is similar to classic Russian literature, accentuating the grimness of this magical school tale.  A Deadly Education (soon to be joined by its sequel, The Last Graduate), is probably the closest Potter analog in this set, as it features a group of high school students navigating magic, politics, and relationships in the context of a magical boarding school.  The stakes are higher from day one, though, because simply surviving the Scholomance, let alone graduating, is anything but guaranteed.

Instead of the Gormenghast series, try Mordew or Senlin Ascends

The rambling, Dickensian classic that is the Gormenghast series is dense (to put it mildly) and no one has ever accused it of being plot-driven, but it is a wonderfully genre-bending, atmospheric tale that may have even invented the subcategory of "a fantasy of manners," due to the obsession of the Gormenghast characters with the rituals that govern their social status.  The forthcoming book Mordew is similarly mired in status quo, though for Nathan, the story's protagonist, this comes not from ingrained repetition but from a profound naivete.  Born and raised in the vile slums of Mordew, he knows nothing but the scrabble for survival against the endless rain, the Living Mud and the half-living "flukes" it generates.  This story is less gritty than it is slimy, both literally (mud, parasites, and filth abound) and figuratively, as Nathan's newfound powers make him an ideal pawn in the plans conceived by the Master of Mordew.  Senlin Ascends, the first book in the Books of Babel series, is rather more steampunk in tone, with strange technologies and unfathomable rituals that the fussy newlywed teacher, Senlin, must overcome as he attempts to retrieve his bride from the depths (or perhaps more accurately, heights) of the Tower of Babel, where the two had planned to honeymoon.

Instead of Jonathan Strange and Mr. Norrell, try A Declaration of the Rights of Magicians 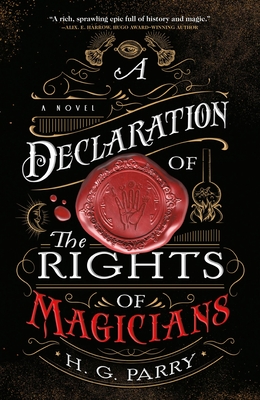 It would be almost impossible to match the impeccable world building of Susanna Clark's Jonathan Strange and Mr. Norrell, but H.G. Parry's A Declaration of the Rights of Magicians (soon to be followed by A Radical Act of Free Magic) gives it an excellent shot.  The format of Declaration is less academic, without the footnotes and annotations of Jonathan Strange, but the way in which Parry blends actual history (the Hatian Revolution, France's Reign of Terror, British abolition efforts) with the fantastical is no less impressive than Clark's magical Napoleonic War.

Instead of A Song of Ice and Fire series, try The Poppy War

While we're waiting for the literary conclusion of George R. R. Martin's expansive series, check out Kuang's The Poppy War series (which has the added benefit of already being available in its entirety).  Drawing from Chinese history and mythology, Kuang creates a conflict of epic scale, seamlessly blending magic, warfare, and politics.

Instead of The Color of Magic, try The House in the Cerulean Sea or A Wizard's Guide to Defensive Baking 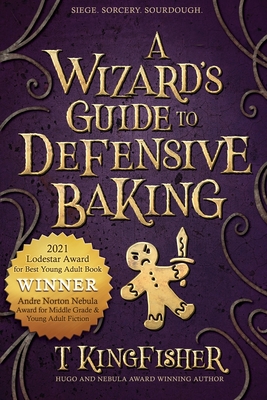 Matching the keen wit and astute cultural observations of the late Sir Terry Pratchett is an endeavor not to be undertaken lightly, but these fantasies are up to the challenge.  The House in the Cerulean Sea combines a cast of quirky characters (many of them magical orphans under the care of Arthur Parnassus) with the kind of bureaucratic shenaningans that pepper Pratchett's stories, creating a tale that's hopeful, sweet, and funny.  A Wizard's Guide to Defensive Baking tasks a teenage wizard (whose familiar is a sourdough starter) with the defense of the city when a killer begins stalking magic users.  She can certainly make a mean gingerbread cookie, but will her skills prove suited to this new challenge?

Instead of The Lies of Locke Lamora, try The Blacktongue Thief 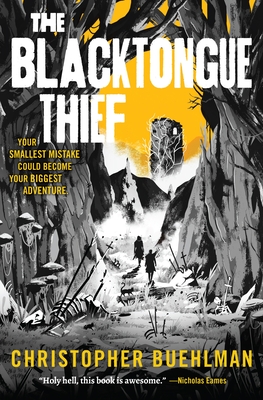 Fast-talking thief, band of misfits, adventure and hijinks galore?  Check, check, and check.  Kinch Na Shannack would have found himself in good company with Locke Lamora and his Gentleman Bastards, but he's got plenty of trouble to contend with on his own, not least of which is his mounting debt to the thieves organization known as the Takers' Guild.  Throw in a blind cat that's more than he seems, an invasion of giants, a ship full of goblins, and things are about to get very interesting indeed.

Instead of American Gods, try The Golem and the Jinni or Gods of Jade and Shadow

Much in the same way that the deities in Gaiman's American Gods find themselves reinterpreted in American culture, so the titualar golem and jinni find themselves transported from their respective homelands to the melting pot of New York City in the early 1900s.  Their very existence puts them at risk, however: immortal beings of immense power in the slums of New York are a magnet for an enemy who wishes to use their power to his own ends.  For something a little less North American, but definitely more "gods," check out Gods of Jade and Shadow, which draws on Mayan mythology to craft a Jazz Age adventure of life and death.

Instead of The Wheel of Time series, try the work of Robin Hobb 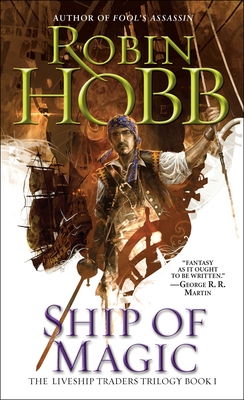 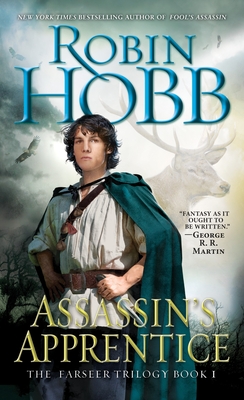 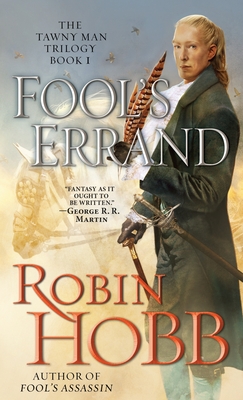 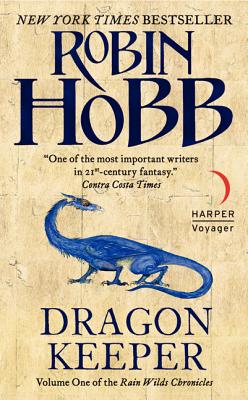 There's not much out there in the fantasy world that can compete with The Wheel of Time series for sheer size.  At fourteen books in the main series, plus companion texts, there's a lot of material to work with and lots of characters to know and love (or love to hate).  If you're looking for a similarly all-encompassing saga, check out the interlocking and overlapping series of Robin Hobb, including The Liveship Traders, The Rain Wilds Chronicles, The Farseer Trilogy, and The Tawny Man Trilogy.

Instead of Watership Down, try Tailchaser's Song 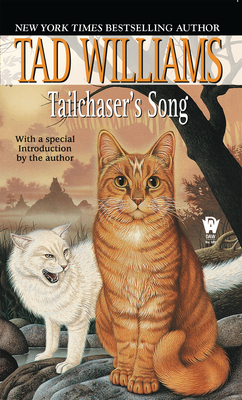 Watership Down isn't the sort of swords-and-sorcery tale that might first come to mind when you hear the word "fantasy," but what else can you call the tale of intrigue and adventure starring warrens of rabbits?  Tailchaser's Song is similar in that the tale follows a cat, Fritti Tailchaser, in his search for his love, Hushpad.  As in Watership Down, the cats have a complex mythology, but as Tailchaser's quest continues, he begins to find that he might have a place in that mythology himself.

Instead of The Dresden Files, try The Library of the Dead or No Gods, No Monsters 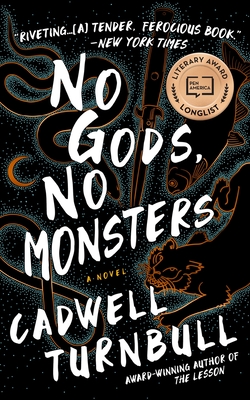 Urban fantasy comes in a couple different flavors, and The Dresden Files was trendsetting in the way it blends contemporary reality with a thoroughly developed sense of the fantastical.  In The Library of the Dead, the streets of Edinburgh are stalked by a child-killing magic, and Ropa must draw on her own skills in Zimbabwean magic to hunt down whatever (or whomever) is behind it.  The forthcoming No Gods, No Monsters takes a different approach to blending the real and the unreal. Where The Library of the Dead thrusts us directly into the world of magic beneath the Edinburgh we recognize, No Gods, No Monsters reveals its secrets more slowly.  It begins with Laina, who receives the news that her brother has been killed in apparent act of police brutality, but the truth, she discovers, is far less expected.

Instead of Good Omens, try The Library of the Unwritten 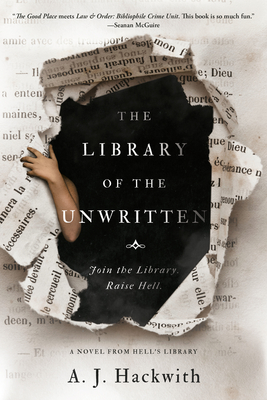 Angels, demons, an unwritten book with a mind of its own, and one librarian tasked with keeping it all in order.  Fans of Good Omens, what more could you ask for?