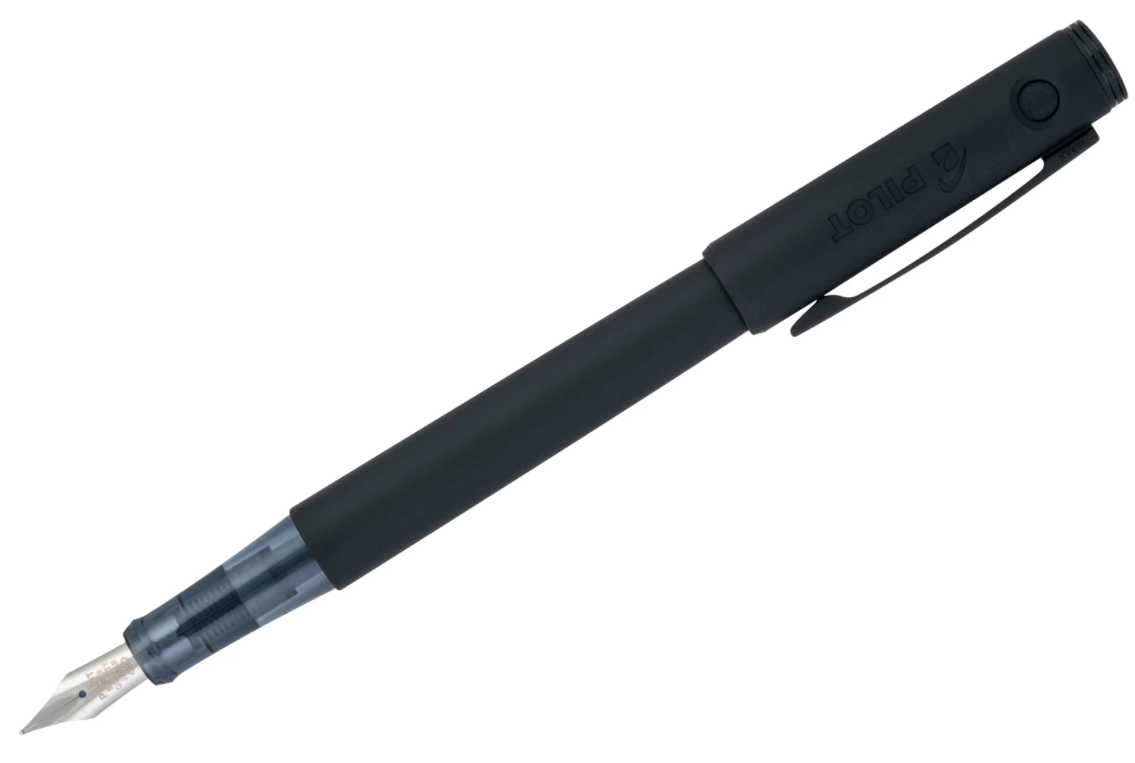 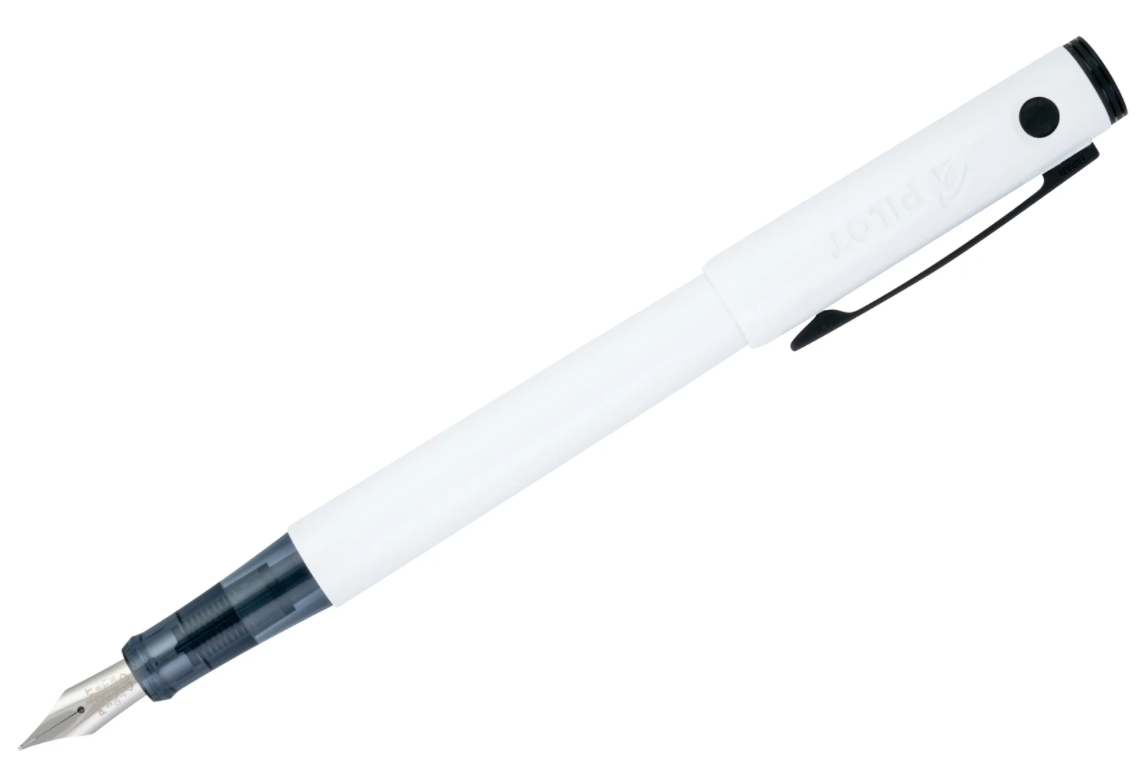 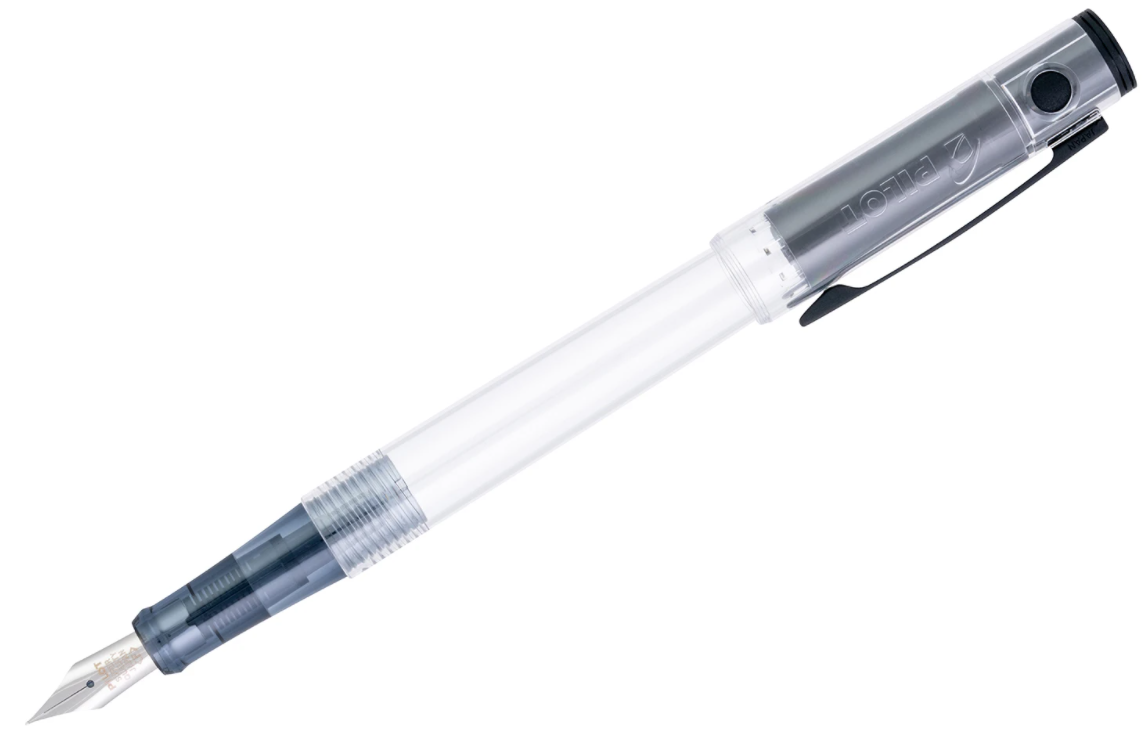 I'm a big fan of fountain pens for a couple reasons.  One, I'm tired of having to throw away or recycle plastic pens on a regular basis.  Two, I like having a pen everyone recognizes so it always makes its way back to my desk if it wanders off.  Three, there's so much more feeling when you write with a fountain pen—the texture of the paper, the shape and style of the nib, even the type of ink affects the way it feels to use the pen and makes it a much more in-the-moment experience than dashing off a note with the freebie ballpoint you got at the bank—not to knock the freebie ballpoints, mind you.  I keep my fair share of those around as well.  But for intentional writing, my go-to is a fountain pen.  Typically, I write with a Metropolitan, which, with its heavy metal body and slight cigar shape, makes for a solid everyday pen.  Unlike higher end pens, the nib is stainless steel rather than gold, so it is less flexible but also more forgiving of rough treatment.

The only drawback, in my opinion, is the weight, especially if you post the cap (that's the fancy pen world way of saying "stick it on the wrong end while you're writing so you don't lose it").  After a long writing session, the weight gets to be a big much and the pen starts to feel unwieldy.  It's not enough to put me off Metropolitans, but I was excited by the arrival a couple years ago of the new Explorer fountain pen.

It's similar to the Metropolitan in almost every way that matters—metal body, stainless nib available in several sizes—but it's far lighter, and with a slightly more slender barrel as well.  It doesn't have the classic fountain pen curves that the Metropolitan captured so well, but, true to its name, the Explorer is a great on-the-go, taking notes kind of pen.  It was initially only available in six very bright colors, but that's about to change.  With three gleaming metallic shades as well as matte black, white, and clear editions about to join the Explorer family this August, it looks a bit like the Explorer has grown up and gotten a classy office job.  Whether you're a fan of the original bright shades or prefer the modern chic of the new arrivals, the Explorer is a fantastic entry point into the world of fountain pens and a great toss-in-your-bag writer for fountain pen aficionados. 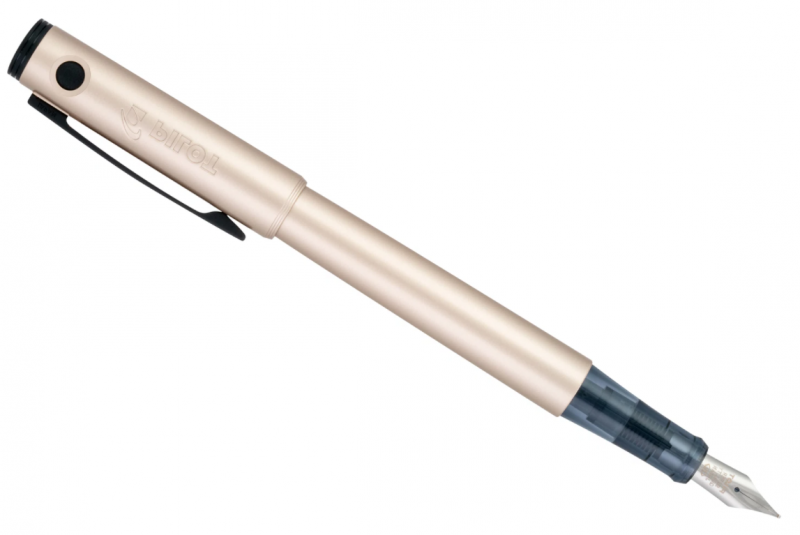 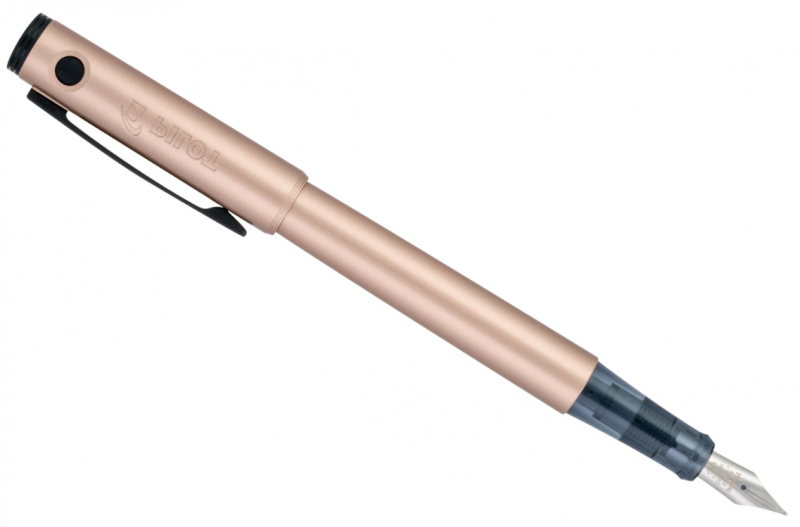