I’m relatively new to the bookselling world, and as it turns out, there's a whole lot to learn!  Since I've worked at Briliant Books, I've loved exploring the breadth of books out there, discovering just how many genres there are—and just how squishy the dividing lines between genres can be. 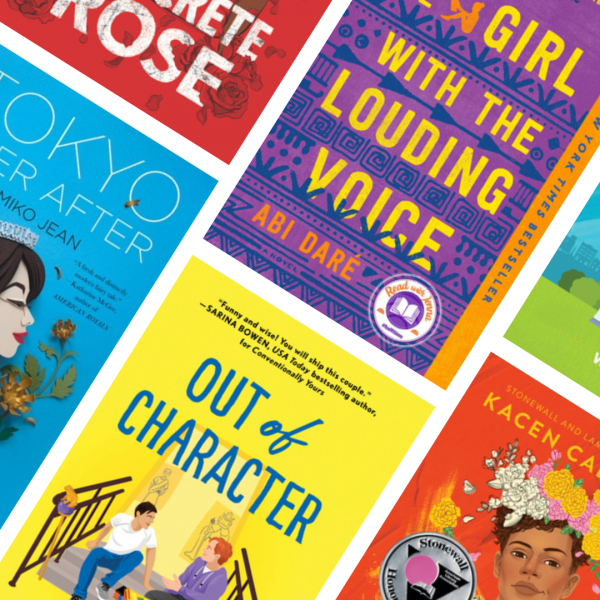 For instance, let's take the case of adult fiction vs. young adult (YA) fiction.  Just like there's no exact point when a young adult turns into an adult, there's no firm division between these categories for books.  So what exactly makes a young adult book different from an adult book?

The obvious answer is that they have different audiences—but what does that mean for the book's plot and prose?  I did some thinking (and a bit of research) and found four patterns that tend to separate YA books from adult books:

Number 2: The story’s perspective and voice.  If the story is told through the perspective of the younger character, it’s likely going to fall under the category of YA.  On the other hand, a story about a teenager told by an older narrator (like an older version of the protagonist) might appeal more to adult readers.

Number 3: Content.  This one’s kind of obvious: the kind of heavy and explicit content found in adult titles isn’t going to be as present in YA books.  This isn’t to say that mature themes will be completely absent from young adult stories—just that they won’t be as graphic as they might be in adult stories.

Number 4: Structure and style.  Generally speaking, YA books tend to be a little more straightforward.  Not all adult books are going to be harder to read or full of twists and turns, but they’re much more likely to include longer descriptions and tangents, as well as story arcs that are confusing or unfulfilling.  Teenage readers tend to appreciate neat and honest stories with cathartic conclusions where characters get what they deserve.  While many adult books also feature these qualities, these books might also include messier stories without fulfilling payoff – for the characters or the readers. 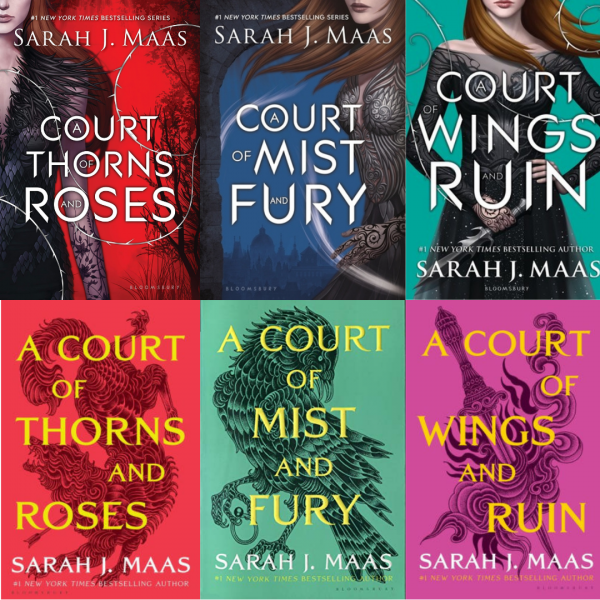 All that said, there’s tons of overlap between YA and adult books.  Some books might be categorized as both adult and YA, depending on where and when they're sold.  For instance, Garth Nix's The Left-Handed Booksellers of London is sold as adult fantasy in most places, but in the US it's billed as YA.  And Sarah J. Maas's A Court of Thorns and Roses series was re-released with new covers to appeal to an adult audience, instead of young adult (see the comparison on the left).

These middle-ground books which hover on the line between adult and YA are often called crossover books, since they're crossing between these two categories.  Crossover books are written for (and marketed toward) both adult and young adult audiences.  This can be a great place to start when exploring a new category of books (like a young adult reader stepping into the world of adult titles)—or just a fun category of books on their own, infusing the energy and clarity of YA with some of the subtlety of adult books.

If you want to explore the world of crossover books, check out the list below!  The team at Brilliant Books has assembled a list of some of our favorite crossover titles.  We’ve got adult books that YA fans might like, YA books that adult fiction readers might enjoy, and books that simply refuse to be categorized.  Some of my personal favorites on this list are Jordan Ifueko's Raybearer (I can't wait for the sequel next month!) and The Shadow of Kyoshi by F. C. Yee (gotta love the Avatar-verse).  Both of these authors weave their giant fantastical stories with delicacy, balancing action (which I do love) with grounded, likeable characters.  But don't take my word for it!  Grab a copy (of one of my recs, or any of the great crossover titles below), and as always, happy reading!

The Other Black Girl: A Novel (Hardcover)

Tokyo Ever After: A Novel (Hardcover)

The Girl with the Louding Voice: A Novel (Paperback)

Out of Character (True Colors) (Paperback)

Clap When You Land (Hardcover)

Klara and the Sun: A novel (Hardcover)

Survive the Night: A Novel (Hardcover)

She Who Became the Sun (The Radiant Emperor Duology #1) (Hardcover)

A Chorus Rises: A Song Below Water novel (Hardcover)

A Thousand Ships: A Novel (Hardcover)

The Chosen and the Beautiful (Hardcover)

We Are Not Free: A Printz Honor Winner (Hardcover)

Avatar, The Last Airbender: The Shadow of Kyoshi (Chronicles of the Avatar Book 2) (Hardcover)

Half Sick of Shadows (Hardcover)

For the Wolf (The Wilderwood #1) (Paperback)

Excuse Me While I Ugly Cry (Hardcover)

The Left-Handed Booksellers of London (Hardcover)

Children of Virtue and Vengeance (Legacy of Orisha #2) (Hardcover)

The Dictionary of Lost Words: A Novel (Hardcover)

A Sitting in St. James (Hardcover)

We Are Inevitable (Hardcover)

Felix Ever After (Hardcover)

Written in the Stars: A Novel (Paperback)

The Once and Future Witches (Hardcover)

The Project: A Novel (Hardcover)

Where the Rhythm Takes You (Hardcover)

How Lucky: A Novel (Hardcover)

What's Mine and Yours (Hardcover)

The Box in the Woods (Hardcover)

Kingdom of the Wicked (Hardcover)

Notes from the Burning Age (Paperback)