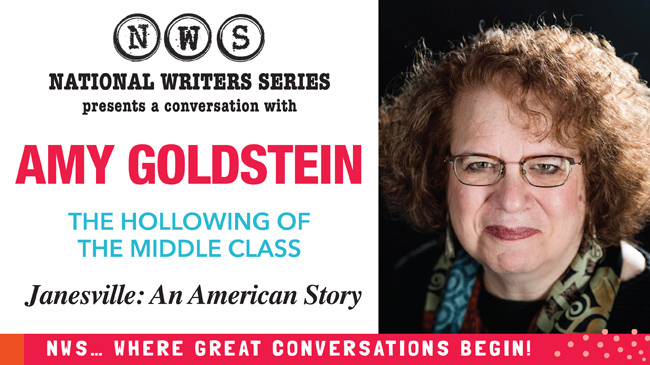 The National Writers Series' second round of author events for 2018 continues with Amy Goldstein, discussing her book Janesville: An American Story.

What is Janesville, Wisconsin without its General Motors plant? Pulitzer Prize winner Amy Goldstein says the city—despite its intelligence and determination—has still not rebounded. Her new book, Janesville: An American Story, was named Best Book of 2017 by NPR, Wall Street Journal, The Economist and Business Insider. Guest host is Shannon Henry Kleiber, producer of To the Best of Our Knowledge.

We'll have signed copies right here at Brilliant Books, and you can get your tickets for the event just down the street at The City Opera House.