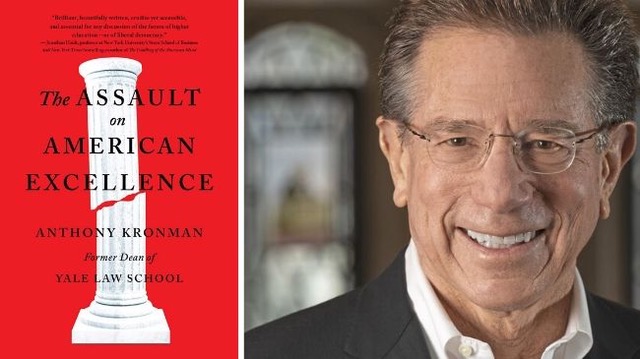 The National Writers Series continues with Anthony Kronman, discussing his book The Assault on American Excellence.

Anthony Kronman, the former dean of Yale Law School, thinks colleges have gone overboard in their quests for equality. Instead of burying the bits of our country’s history that are embarrassing or imperfect, students should be toughening their skins. Kronman had a Yale colleague resign over emails about Halloween costumes. He doesn’t see this as free speech being squashed but rather as it being a threat to our democracy.

We'll have signed copies right here at Brilliant Books, and you can get your tickets for the event just down the street at The City Opera House.

The Assault on American Excellence (Hardcover)