An Interview with Fleda Brown

Fleda Brown's newest collection of poetry, Flying Through a Hole in the Storm, hit shelves this month.  Fleda sat down with fellow poet Jennifer Sperry Steinorth for an exclusive interview about this latest book 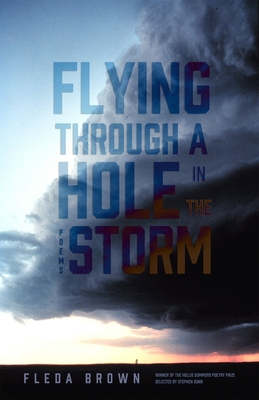 JS: It’s such a pleasure to spend time with your new book—which is utterly exquisite-- and to be able to talk with you about it.  I had the extra pleasure of being able to read some of the poems as they were being written, but as I read the book recently, I was shocked by how resonant they are with what so many have experienced over the last year.

Will you talk about when these poems were written and how you see them as products of their time? What factors made it difficult to write and what drew you to the page?

FB: I wrote most of these poems before the pandemic, although good heavens, they echo forward. They could have been written in 2021. In 2019, I had a summer cold that lasted three months. It took an antibiotic and finally a nebulizer to clear it out of my system.   In February, my father died. I couldn’t get to him before he died because I was lying on the sofa, recovering from hernia surgery. Then later we found out that my stepdaughter’s cancer had returned and metastasized after nine years. I felt that I was underwater that whole year. Actually, for a couple of years. My husband Jerry’s back, after two surgeries, continued, and continues to be more debilitating. And then there was Trump! It’s very hard to write when you have so much so much worry and anger.

But if I don’t write, you know, I wither. I begin to get irritable and depressed. I wrote to my friend Syd and said, what if I send you a bit of writing every day, not anything to critique this time, just as evidence that I’m putting words on paper? Just say you got it. The prose poems just began to happen. I don’t know why. They’re dense. They contain a lot of pent-up energy. I wrote two sequences of these, one as we were waiting to find out how my stepdaughter’s cancer would be treated, one after my father died.

JS: The book is uncannily prescient, I think most readers would find it deeply resonant with the loss and illness so many have experienced over the last year.  An older book that has resurfaced recently is Ellen Bryan Voigt's 1996 book Kyrie—a book of sonnets meditating on the Influenza epidemic of 1918-1919.  What is it about poetry that seems to open wormholes in the time space continuum-- so that poets like yourself may write poems that seem supernaturally prescient--and permits meditations on the long past to become referendums on the present?

FB:  Years ago, I wrote a poem about a woman standing naked in an Edward Hopper painting. It ended, “it’s like the only secret Hopper knew/ in that sunlight /how she could leap/ out into anywhere if she chose/ but she stands quite willing/ and not quite sure/ to let the brush / paint her down.” It was several years later that I saw clearly this was me, trapped in my marriage, knowing I could actually leave if I chose. This is not a subtle example, but it illustrates how when the poem comes from the depths, it says what has not yet been articulated on the surface. The poem was a wormhole.

Don’t you think all poems are wormholes, in a way? To mix a metaphor, they feel the tectonic plates shifting before the volcano erupts. Or, as you say, they look back and see the long past revealing itself in the present, transformed maybe. I think poems live where God lives, you could say, outside the traditional time continuum.

JS:  I love this, “poems live where God lives”.  Who are you thinking of as you write—what readers are you writing for or reaching toward?

FB: In the case of “Ten Letters in Spring,” I was writing to Syd. But not really, of course. Having a person to address sometimes gives a focus to the energy of the poem. Notice how often Emily Dickinson seems to be writing to someone, but not really.

I think every poem reaches for someone by nature of its using words. Words are vessels of transmission. Sometimes it’s just the interior “me” it’s speaking to. Sometimes it’s God, however that might be conceived. Generally, I think my poems hover somewhere between direct address outward and interior conversation with myself. I guess they’re an effort to stitch those two things together.

JS:  A theme or recurrence in the book is the inability to speak what needs or wants to be said. With so much time in quarantine many of us found it more difficult to recall words and names—the frustration of being unable to locate a name or word has become familiar--the way time seems to come to a halt while we search for what we have lost.

Another motif is the collapse of time-- where the past--of our nation, the earth, your own childhood—is inlaid with the present.  Both the past and the present are seen anew in relation to one another—a fluid coexistence-- but there is also a sense of discord—something lost in translation.

I'm not sure what my question is here—but you have me thinking about meaning and perspective—the way our interpretation of events shifts over time and the way our need to make meaning shifts as we age—would you talk more about this?

FB: I think my long-time Buddhist meditation practice and study has a lot to say to this. “Meaning” is an overlay on what is simply the case. Meaning is a way to inject our own story into the situation. Not to say this is bad! It’s what humans do. But “the meaning is not in the words,” as it says in the Song of the Jewel Mirror Samadhi. Something is always lost in translation.

Time is actually collapsed at one level of awareness. So I do like to have “the mad crack in the earth’s mantle” showing up in a poem about coming home from the hospital using a walker. This is back to being outside the time continuum.

And perspective—it suddenly occurs to me that I want the poems to be like a Picasso painting—coming from multiple sides at once. Because the only way to get the feel of the moment is to keep turning the camera this way and that. And age—I think as we age, we carry the past with us. It informs the present by slipping in its images, its quick memories. The present becomes more and more a package. The last essay in my collection, Mortality, with Friends, coming out this fall, sees me seeing ghosts everywhere.

JS: Will you talk a bit about how your work has changed and/or stayed constant over the years?  The prose poem sequences look noticeably different from much of your other work?  What is it about that form that felt appropriate to your articulations?

FB: I am still married to narrative, because I think there must be a thread, however tenuous, to pull on. Story is what connects us to each other. That’s not to say story has to carry the day! It may be deeply imbedded in a lyric poem, one that just wants to sing. Or it may be only a stepping stone through difficult and disjointed material.

The prose poems—who knows why? I felt unable to get words on paper, so I put a lot of them on paper, wildly, seemingly randomly, as an act of desperation. And then the random began to coalesce. In “Treatises,” I found that my father’s death was driving the words. Maybe it was driving them. In any case, I made the words, each separate “Treatise,” point to that grieving.
I also got a bit playful with them, putting the same image in over and over, like “butterfly,” “cloud,” “kiss, and “kayak.” They give me a little bit of an organizing principle.

“Twenty Letters in Spring” circles around the devasting news that after nine years, my stepdaughter’s cancer had returned and now was stage 4. My feelings about that are probably especially intense because of my own stage 3 cancer seven years ago.

Frankly, I was once again unable to get anything much on paper. I was depressed, for sure. Too much difficult stuff in the last year. I wrote to my friend Sydney Lea and said, “I’m going to send you something, some words, no matter what they are, every day for a while. I’m going to write these words to you so I have a focus. I don’t want feedback. I just want to know you’re reading.”  This was enormously helpful.

So I was writing as if they were letters, daily. The form felt good to me. One thought, one image, piled up with the next. I felt kind of crazy. Here’s another instance of prescience. It wasn’t yet the pandemic, not yet quarantine. But it was the same feeling. The suffocation caused by pain, painful feelings. Less narrative, but still that’s there—how one copes, day by day, with sadness, pain. 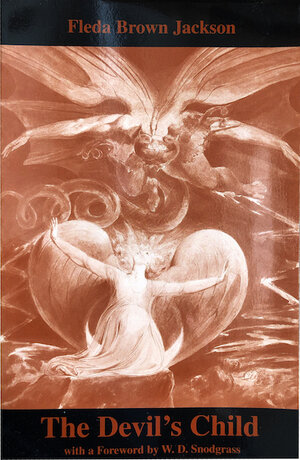 JS: Recently you and I contributed poems to a project called Plague Phase-- a post-apocalyptic play that asks viewers to imagine our planet without frogs, birds, ponds...  In a discussion which followed one viewer observed that the project was rather bleak-- they wished for something more optimistic.  As a writer, I often feel called to explore darkness, but I do worry about my readers-- I don't want my work to be harmful to others.  In your own work you have certainly explored some dark subjects-- I am thinking in particular of your haunting and haunted book The Devil's Child.

I'm wondering how you decide what needs articulation?  Is there work you avoid or poems you cut because they feel too heavy? Or do you manage the potential toxicity in other ways?  I think what I want to know is-- what do you feel is the role of the artist here and now?  What is the work you feel called to as a poet?

FB: You ask what I think is the question of our age:  how do we stay with what’s true—the degradation of our planet, the poverty, corruption, lies—and not drown in it. I notice that nature conservation groups are trying to accentuate good things that are happening. They know that people need good stories to keep hopeful.

I would like my poems to feel sparkly through the sorrow. Does that make sense? I can’t help but write the darkness because that’s what I have to write. But darkness in a good mood. Is that possible? That’s what I want. Not hopeful. But appreciative of what’s here. Enjoying what’s here, even when it’s dark. We’re all going to die, right? The world is in dangerously terrible shape, right? We can spend our time mourning that fact or we can notice the joy that’s also here, now. In both of the prose poem sequences, I think there’s joy. I don’t think this is denial. It’s seeing all of it, what it is to be alive.

If a poem is too heavy—and I’ll say this in general, not just about my poems—I think it may be that the writer is too ego-invested in feeling sad:  “Look at how awful things are for me.” The best poems about being sad—well, one by W.S. Merwin called “Sadness” has the speaker seeing his reflection in the water and “the earth turns / the sky has no motion / one by one my eyelashes free themselves / and fall / and meet themselves for the first time/ the last time.” The emotion is embedded in the images, filtered through them, so it’s possible to feel without drowning. That may be sparkly sorrow.