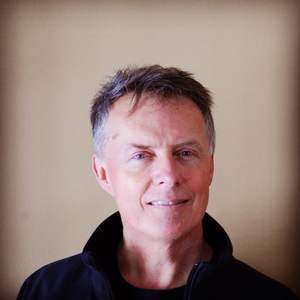 Jeff Smith is a journalist and editor who has written extensively about the environment, outdoors and lifestyle during the course of his 30-plus year career. He currently edits Traverse, Northern Michigan’s Magazine, an award-winning monthly regional publication focused on life near the shores of the Great Lakes. In his previous position, Jeff wrote for nearly a decade about federal and state environmental law and policy related to the world of hazardous waste.

Jeff first wrote about his lifelong friends the Mosers following the economic crash of 2008. The magazine story folded into a growing national conversation about people looking for more intentional lives based in simplicity and balance as a way to find greater fulfillment.

Jeff wondered what perspective the Mosers, who had left one of America’s wealthiest communities to become horse-and-buggy Amish, could bring to that conversation. The book Becoming Amish grew from his belief that though few modern families would ever become Amish, there were many aspects of the Amish life that could inform today’s families as they contemplated the direction an intentional life might lead. He also saw that the Mosers, as people who grew up in the modern, everyday America, brought unique perspective to the topic because they were both insiders and outsiders in the Amish world, and their observations would resonate with contemporary peers.