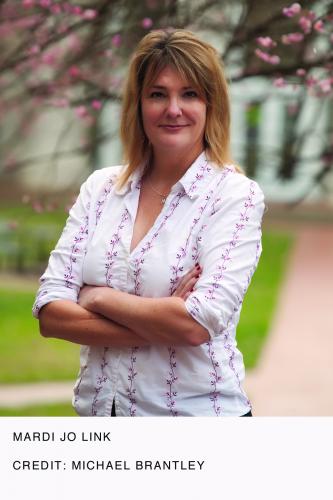 Mardi is the author of two true crime books and one memoir based in northern Michigan.

Bootstrapper, released in June 2013, was featured in the IndieNext list and is currently an Indie Bestseller. Rather than a "rags-to-riches" memoir, this is a "rags-to-reality" story of life in northern Michigan. One of our favorite books of the year.

Isadore's Secret, released September 2009 recounts the mysterious disappearance and murder of a Leelanau County nun in 1907. It entered the Great Lakes Booksellers Bestseller lists on the week it came out and, to date, is still there.

The first, When Evil Came to Good Hart, meticulously details the 40-year investigation of the Robison murders in Good Hart and spent three months on the Heartland Bestseller List.

Mardi is a former police reporter, a former editor of both Small Press and ForeWord Magazines, a co-founder of Michigan Writers, and recipient of the 2007 Goddess Award from Antioch Writers Workshop. She lives in Traverse City.

Bootstrapper: From Broke to Badass on a Northern Michigan Farm (Hardcover)

A "rags-to-reality" memoir of life in northern Michigan. Featured in the June 2013 IndieNext list.

The Drummond Girls: A Story of Fierce Friendship Beyond Time and Chance (Hardcover)

Wicked Takes the Witness Stand: A Tale of Murder and Twisted Deceit in Northern Michigan (Paperback)