The Problems and Positives of American Dirt: Looking for authentic voices at the border and beyond 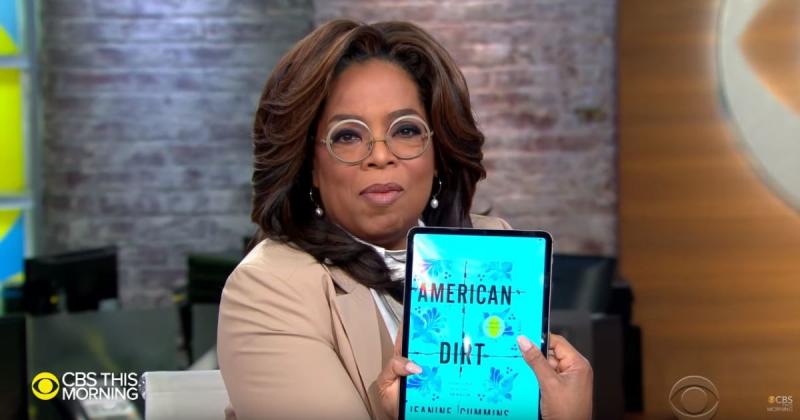 In one of the biggest literary controversies of 2020, Jeanine Cummins’ American Dirt highlighted narcoculture, violence, and immigration in Mexico but also opened up an intense conversation about who has a right to be a voice on a particular subject. With a seven-figure advance, an Oprah’s book club selection, a massive advertising investment from the publisher, and positive reviews from Stephen King, John Grisham, and Ann Patchett, American Dirt seemed a book of destiny: a bestseller with literary street cred.

However, as the Chicana feminist writer Myriam Gurba wrote in her review:

Jeanine Cummins’ narco-novel, American Dirt, is a literary licuado (smoothie) that tastes like its title. Cummins plops overly-ripe Mexican stereotypes, among them the Latin lover, the suffering mother, and the stoic manchild, into her wannabe realist prose. Toxic heteroromanticism gives the sludge an arc and because the white gaze taints her prose, Cummins positions the United States of America as a magnetic sanctuary, a beacon toward which the story’s chronology chugs.

Ouch! But as Gurba and many other critics rightly pointed out, many of the sources that Cummins’ cited as influences in her acknowledgement page have a more intimate and nuanced understanding of these topics than American Dirt. Which leads to the biggest problem with American Dirt: why was this the book with a seven-figure advance, massive marketing campaign, and celebrity spokespeople?  Why not amplify the voices of BIPOC writers who have personal and cultural experience with immigrating to America to flee violence in your homeland?

Yet, perhaps partly because of the controversy, American Dirt is still on the bestseller list nearly a year after it’s publication and has a high 4.31 (out of 5) rating on Goodreads, the premier bellwether for reader opinions. And as Oprah says, responding to pressure to take American Dirt off her book club list, “If one author, one artist is silenced, we’re all in danger of the same. I believe that we can do this without having to cancel, to dismiss or to silence anyone.”

So when a bestseller inaccurately portrays a whole country and culture despite its success, how do we counter that? READ MORE! Listening to other, more valid voices on the subject will only enhance our understanding and give us a deeper insight about modern Mexican culture, the relationship between the United States and Mexico, and the societal difficulties and challenges for the people living along the border. Below are a selection of books ranging from fiction and poetry to nonfiction and memoir that can help illuminate these topics in ways authors outside these situations cannot. Dig in! And if you want to read Myriam Gurba’s infamous review of American Dirt in its entirety you can do so here.