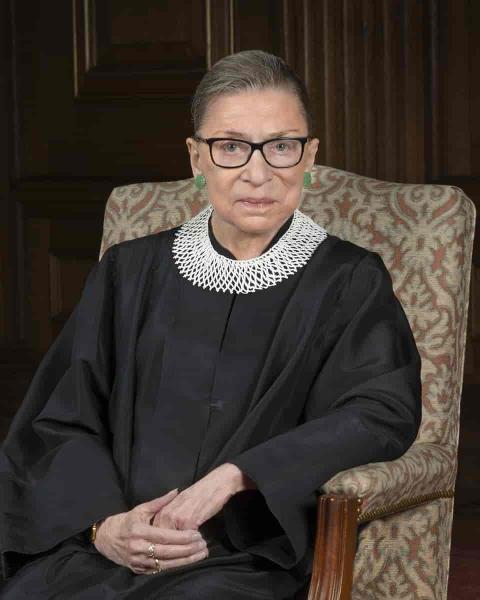 Ruth Bader Ginsburg, Supreme Court justice, champion of women's rights, and an icon for so many, has died of complications from cancer.  She was 87.

A native of Brooklyn, New York, Ginsburg excelled as a student from a young age.  She attended Cornell University on a full scholarship, where she met and married her husband, Martin Ginsburg.  While her husband was in the military from 1954-1956, Ginsburg worked as a typist, the only job open to her as a married woman.  When she became pregnant, she was no longer permitted to work at all.  This was the kind of casual sexism that Ginsburg's would spend her entire legal career working to dismantle.

After her husband left the military in 1956, both of them enrolled in Harvard Law School, where Ginsburg was one of nine women in a class of more than 500 students.  She juggled the intensive class load as well as her role as a mother, and, after her husband was diagnosed with cancer, she became his caregiver as well.  Despite these challenges and a transfer to Columbia Law School, she still graduated at the very top of her class.  Sexism continued to hamper her progress, however, as she fought to find positions open to her.  Even with her excellent credentials, she was a woman, and, even worse as far as those in the legal profession were concerened, a mother.  Nontheless, she eventually secured first a position as a clerk to a district court judge, and then a professorship at Rutgers University.  She also began the work that would make her a feminist icon to generations of people. 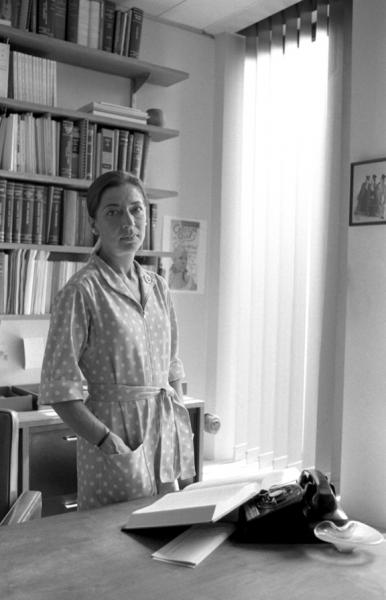 In a move that was both savvy and a touch ironic, Ginsburg tended to fight back against gender discrimination by demonstrating how such inequalities can also hurt men.  One of her early cases involved a son who claimed a tax credit for caring for his elderly mother, a benefit that was then available to women, or to men who had, through death or divorce, lost their spouses.  The defendent in Ginsburg's case had never married, however, so the Internal Revenue Service argued that he had no right to the credit.  In successfully arguing that this double standard was unconstitutional in several lower courts, Ginsburg created a precedent that made policymakers nervous.  In an interview with her husband, Marty Ginsburg, he noted that the decision actually caused the government to petition the Supreme Court to get involved, as the government had compiled a list of federal statutes over which the decision "cast a cloud of unconstitutionality."  That, of course, was precisely what Ruth Bader Ginsburg had intended, and she proceeded to chip away at those statutes for the rest of her career.

Following stints as a professor at Columbia University (where she became the first tenured female professor) and the general counsel for the American Civil Liberties Union (where she founded the Women's Rights Project), President Jimmy Carter appointed her to the U.S Court of Appeals for the District of Columbia Circuit.  Thirteen years later, President Bill Clinton nominated her to the Supreme Court, and she was confirmed by the senate in an overwhelming majority vote.

On the bench, Justice Ginsburg's tenacity was belied by her petite stature and soft-spoken nature.  She quickly became known for her dissenting opinions, which she voiced more frequently as the court grew more conservative.  Despite her liberal leanings, she was close friends with highly conservative fellow justice, the late Antonin Scalia.  Their friendship even inspired an operetta—appropriate as Ginsburg was a devoted opera fan. 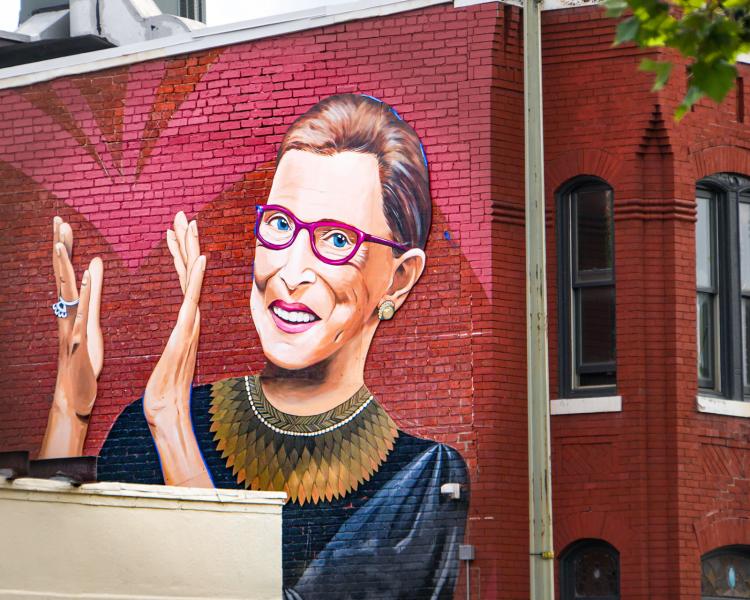 Not only was Ginsburg an icon in the legal and political spheres, she was something of a pop cultrue phenomenon.  Known for her collection of distinctive collars, Ginsburg was unapologetic in her efforts to normalize women in traditionally masculine roles.  The collars, which were often symbolic of her decisions in the courtroom as well as her fashion sense, were Ginsburg's way of feminizing the black robes all Supreme Court justices wear.  They have come to be nearly as distinctive as Ginsburg's nickname: The Notorious RBG, given to her by a law student in parody of fellow Brooklynite, the late rapper The Notorious B.I.G.  Even Ginsburg's workout routine was envied and admired—and with good reason, as Ginsburg remained active and able throughout her life, despite multiple bouts of cancer, including that which would eventually cause her death.

Ginsburg was Jewish, and passed away on the evening of September 19th.  The night marked the beginning of Rosh Hashanah: the Jewish New Year.  One Jewish tradition claims that those who die on Rosh Hashanah are righteous, a word that in its original Hebrew can also be translated as "just."  At a Rosh Hashanah service, Ginsburg herself once made a speech, stating that "We are taught to do right, to love mercy, do justice not because there's going to be any reward...We live righteously because that's how people should live."

It's a legacy we should all strive to live up to.

My Own Words (Hardcover)