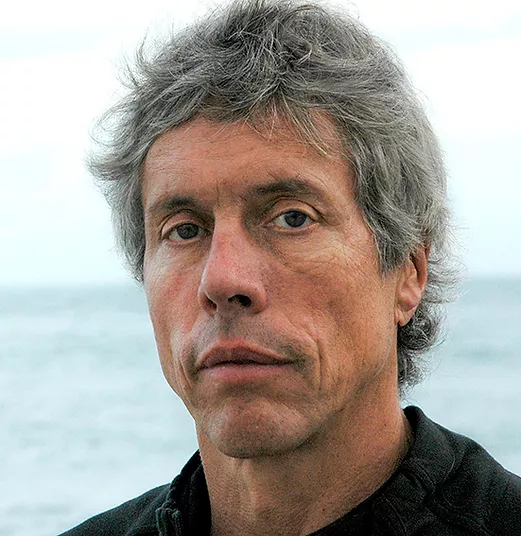 Award-winning childrens author and illustrator Steve Jenkins has passed away at the age of 69.  With his stunning illustrations of the natural world, Jenkins helped young readers discover the beauty of nature and science.  He will be missed.

Steve Jenkins was born in 1952 North Carolina, and spent his childhood moving around the country, courtesy of his father's work.  However, one constant in his itinerant childhood was his love of science.  On his website, he shared: "Wherever we lived, I maintained a small menagerie of lizards, turtles, spiders, and other animals.  ... With my father’s help, I assembled radios, electric motors, and other contraptions."  As a child he assumed his interest in science meant he'd eventually work as a scientist, but in a last-minute decision, he entered school for graphic design — and we're so glad he did.

While studying graphic design at NC State Universtity, Jenkins met his future wife and collaborator Robin Page.  Both Jenkins and Page worked in commercial design before starting their own graphic design agency, and eventually moving into the world of children's literature, with Jenkins publishing his first book in 1994 and the couple releasing their first collaboration in 2001.  Only a few years later, their collaboration What Do You Do With a Tail Like This? received a 2004 Caldecott Honor.

Over the course of his career, Jenkins released over 80 children's books, filled with his signature illustrations (cut- and torn-paper collage artwork) and scientific tidbits perfectly crafted for children.  We're so sad to have lost this gem of a creative so soon, but we know that these beautiful picture books will continue to inspire future scientists and illustrators alike.

Tiny Monsters: The Strange Creatures That Live On Us, In Us, and Around Us (Hardcover)

What Do You Do If You Work At The Zoo? (Hardcover)

What Do You Do With A Tail Like This? Pb (Paperback)

Down, Down, Down: A Journey To The Bottom Of The Sea (Paperback)

Disasters By The Numbers: A Book of Infographics (Hardcover)

The Animal Book: A Collection of the Fastest, Fiercest, Toughest, Cleverest, Shyest—and Most Surprising—Animals on Earth (Hardcover)