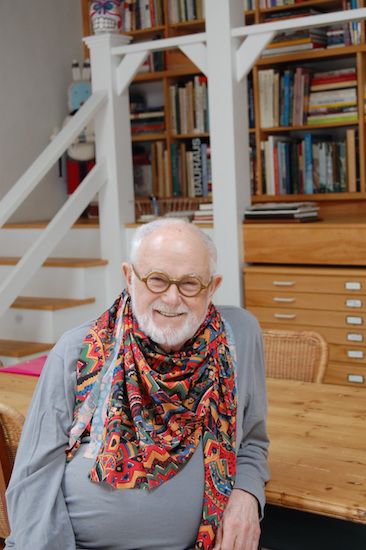 Award-winning children's author and illustrator Tomie dePaola has passed away at the age of 85.

Best known for works like Strega Nona, The Legend of the Indian Paintbrush, and Quiet, dePaola wrote and illustrated more than 200 books.  He was an artist from a young age, earning a scholarship to study at the Pratt Institute in New York City.  He worked in a wide variety of media, from acrylic paint to collage to pen and ink, creating relatable images with his young audience in mind.  “I try to be as clear and simple as I can be in my illustrations,” he told the Globe, “so that the child can tell what is going on and what the emotions are.”

In addition to his work as an artist, dePaola taught art and theatre at the collegiate level, both in California, where he went on to receive masters and doctoral equivalency degrees in art himself, and on the east coast, where he settled later in life.  His first publication, Sound, was a children's science book by Lisa Miller for which he provided illustrations.  Critics found them to be rather too fanciful for a non-fiction text, so dePaola decided to play to his strengths and the following year released The Wonderful Dragon of Timlin, which he both wrote and illustrated.

His work earned dePaola a multitude of awards, both for individual books—such as a Golden Kite award for Giorgio's Village—and for his body of work as a whole, for which he has been honored with the Children's Literature Legacy Award and the Hans Christian Anderson award.  He was also a Newbery and Caldecott medal honoree.

Tomie dePaola passed away on March 30th of complications following a fall in his studio.  His work will continued to be treasured by generations of young readers and their families.

The Legend of Old Befana: An Italian Christmas Story (Hardcover)

The Comic Adventures of Old Mother Hubbard and Her Dog (Hardcover)

The Legend of the Indian Paintbrush (Paperback)

The Legend of the Bluebonnet (Paperback)

The Legend of the Poinsettia (Paperback)